Board of Education says goodbye to Shara Bookout as BHS Secretary 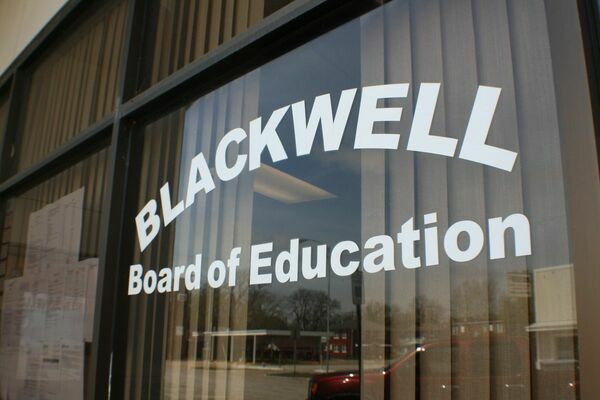 The Blackwell Board of Education met Monday night for a regular meeting where they accepted the resignation of Shara Bookout as Blackwell High School Secretary, and approved their meeting schedule for 2021.

The meeting began at 6 p.m with only two items listed for Board Action. The first was the resignation of Shara Bookout, who had been secretary at BHS for more than 15 years. Bookout is currently the District Treasurer as well, a position which she will keep. Principal Haskins noted that the BHS secretary position will be retired following Bookout's resignation.

“She's been our secretary at BHS for 10-15 years, and she wishes to dedicated more time to her District Treasurer position,” Superintended Haskins noted.

Following that, the BOE approved the employment of Paige Henderson and Kendall Burtner as district substitutes for the Blackwell Elementary School, where all paras and subs are being funneled as BHS and BMS remained closed due to COVID-19.

The BOE then took action to approve their meeting calendar for 2021 with the first meeting of the new year to be held January 11.

Current numbers may be found on the Blackwell Public Schools website.