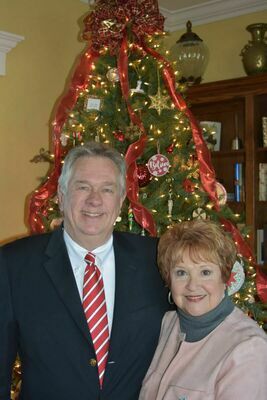 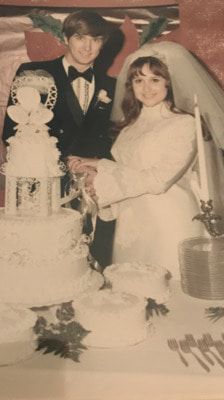 The children of Jon and Barbara Ihrig are pleased to announce the 50th wedding anniversary of their parents on December 30, 2020. Barbara and Jon were married on the evening of December 30, 1970 at the First Christian Church in Blackwell Oklahoma. Barbara is the daughter of the late Bob and Doris Shepherd and Jon is the son of the late Bill and Jean Ann Ihrig.

Jon and Barbara met while attending Oklahoma State University. They spent their first year of marriage in Oklahoma City, where Jon was attending law school and Barbara was teaching fourth and fifth grade language arts and music. They then moved to Yukon, where Barbara taught third grade language arts and music and Jon worked as a bailiff for an Oklahoma County district judge while completing law school. Jon later worked for an Oklahoma City law firm and Barbara continued teaching in Yukon.

Upon their move to Blackwell, Barbara began teaching and Jon began practicing law. They later went on to have two more sons (Chad and Drew) and a daughter (Juliann). They have both been active members of the community. After 37 years of teaching and serving as a school administrator Barbara is now enjoying retirement. She loves spending time with her children and seven grandchildren. Jon continues practicing law.

We wish to extend our deepest gratitude to all of their friends and acquaintances for their friendship and support the past fifty years.