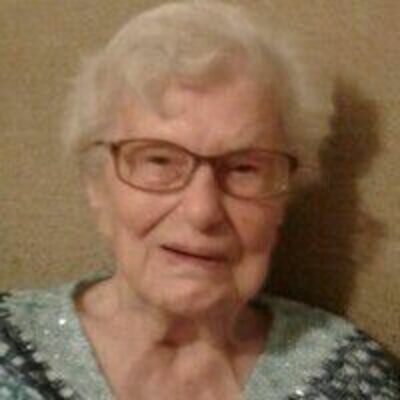 Jacqueline Anna “Jackie” Lucas went to be with her Lord and Savior Jesus Christ, the one whose presence makes Heaven on December 26, 2020.

Jacqueline Anna LeCounte was born on December 31, 1930 in Caldwell, Kansas the daughter of John Freeman LeCounte and Anna May (Heizer) LeCounte.

She grew up in the Deer Creek, Oklahoma area and attended Deer Creek Schools until 8th grade. She graduated from Blackwell High School.

Jackie worked at Kress five and dime during her teenage years.

She married Lester Kay Carle on December 31, 1948 and together they had five children: Tom, Cynthia, Andrew, Michael and John. Lester preceded her in death in 1971. She went on to marry Quinton Pinnell and later, Charles Lucas.

Jackie returned to Blackwell in 1977 to care for her parents. She owned and operated Jackie’s Boutique on E Blackwell Avenue for many years. She was a very talented seamstress and enjoyed making quilts for her many grandchildren, as well as Christmas ornaments every year.

She was preceded in death by her parents; sons, Michael Lester Carle and John Timothy Carle; three sisters, Leona, Lois, and Iva; and twin brothers who passed away at birth, James and John LeCounte.

Services will be held at 1:00 p.m. on Thursday, December 31, 2020 in the Roberts and Son Funeral Home Chapel with Rev. Carolyn Rickner officiating. Burial will follow in Bayard Cemetery in Deer Creek, Oklahoma.

Jackie will be available for viewing after 3:00 p.m. on Wednesday, December 30 at the funeral home. The family will be present to receive friends from 6:00 until 8:00 p.m.

Memorial contributions may be made to Gideon International, sent in c/o Roberts and Son Funeral Home, 120 W. Padon, Blackwell, Oklahoma 74631.

Casketbearers will be the grandchildren of Jackie Lucas.