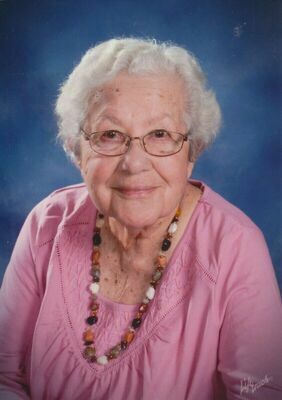 Brady Bernadene (Seelig) Millemon, age 93, formerly from Nardin, Oklahoma, passed away December 22, 2020 at Hillcrest Nursing Center in Blackwell, Oklahoma. She was born to Brady Winn Seelig and Leta (Fowler) Seelig on April 26, 1927 in Stillwater, Oklahoma. She was the third of three children. After her father died in 1930, she moved to Tryon, Oklahoma with her mother, Leta, and brothers, O. W., and Darrell. She graduated from Tryon High School and then furthered her education at Oklahoma A&M College (now Oklahoma State University). During her time at Oklahoma A&M, she met Jervy L. Millemon; they fell in love and were married on August 1, 1948 at her home in Tryon, Oklahoma. The couple had five children: Aaron, Dan, Edwin, Laurel, and Mark.

After graduation, Jervy and Bernadene moved to Odessa, Texas where Jervy worked in the oil industry for Halliburton. In 1950, Jervy was called up for duty in the U.S. Navy. Bernadene and the couple’s two small boys moved back to Tryon to live with her mother during this time. After Jervy’s service, the family moved to a farm north of Nardin.

Bernadene was a wonderful mother to her children, and she promoted and encouraged their education and service to the community. She was devoted to her husband and helped with the business and management side of farming and ranching on the family farm. During retirement, she traveled with Jervy to many antique car club events.

Bernadene was a longtime member of the Nardin United Methodist Church. She was a member of the United Methodist Women holding various offices and an Enid District officer for 13 years. She was also a member of the Kay County Extension of the Oklahoma State Cooperative for 45 years, serving as devotional leader and song leader. She was on the board of directors for the Western Kay Co. Red Cross and served as Vice Chairman and chairman of that board. She enjoyed reading and spending time with friends in her social clubs, Merry Mothers and Alco.

She was baptized in November of 1940 at the Cushing Christian Church.

Bernadene is survived by four of her children, Aaron, Dan, Edwin and Laurel; her grandchildren Todd, Brady, and Blair, children of Dan and Penny; Kyle and Jodie, children of Aaron and Sharon; Amelia and Leah, daughters of Edwin; Leesa, daughter of Laurel and Tom Hayes; and her great-grandchildren, Zachary, Garrett, and Ryker, sons of Brady Millemon; Heidi and Gabe, children of Blair Millemon; Greyson and Connor, sons of Leesa and Joey McGough; and Grayson and Ellie, children of Leah and Brian Pomeroy.

Bernadene was preceded in death by her parents, brothers, infant son, Mark Eldon, and husband Jervy.

Bernadene influenced lives through living out her strengths of poise, compassion for others, and deep faith.

Private family services will be held at Mount Olive Cemetery in Nardin, Oklahoma on Monday, December 28, 2020 at 10:00 a.m.