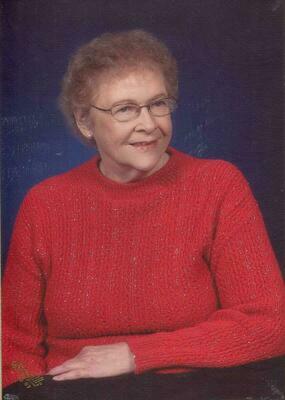 She married Charles Fredrick Currier in Van Buren, Arkansas. He preceded her in death on June 3, 1993.

Ella began working for the Nardin school cafeteria in 1967 and later for Blackwell Junior High School in 1972 and retired as the head cafeteria manager on December 15, 1995. She was also a dedicated farm wife and could drive just about anything that had wheels.

She will be remembered as a wonderful cook, a loving mother and grandmother, and for her witty sense of humor. She enjoyed gardening, as well as crocheting and knitting.