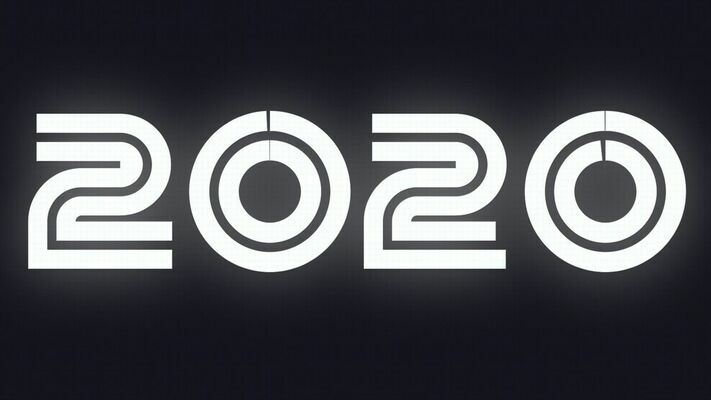 While the headlines in 2020 may have been dominated by the presidential election and the ongoing coronavirus pandemic, plenty was happening in Blackwell, too.

The year began with the City of Blackwell acquiring the former Red Cross building at the intersection of 13th Street and Ferguson Avenue. The city will let the Red Cross use the Event Center at the Kay County Fairgrounds as the organization’s new home, and the iconic Red Cross sign was moved to the fairgrounds.

January was the opening of Lipgloss & Sawdust, a business on Main Street specializing in custom furniture design and refurbishment. A bench to honor the legacy of local humanitarian Nita Carroll was placed at the Blackwell Youth Center.

January ended with the Blackwell 4-H and Future Farmers of America chapter’s annual trophy auction. Local author Ginny Goresen visited the Top of Oklahoma Museum to research her then-forthcoming nonfiction book over the 1955 tornado that swept through Blackwell.

March peaked with the outbreak of the coronavirus, which was declared a national emergency on March 13. In April, The Blackwell Journal-Tribune began giving weekly COVID-19 updates. Also in March, Southwest Cupid helped donate more than 6,000 masks to healthcare facilities in Kay County. American Ramp Company began work that month on the Blackwell Skate Park, and a temporary curfew was put in place for youth who were then out of school.

April saw Blackwell Public Library workers start a ‘grab-and-go’ meal program for Blackwell residents, and the findings of a hot-button audit for the Town of Braman were revealed. The month ended with Blackwell hotels feeling the effects of the pandemic, and the City of Blackwell began its Small Business Loan Program.

The Blackwell Skate Park opened at the end of the month, and construction work began at Stillwater Medical Center – Blackwell. In May, teacher John Cherry retired from Blackwell High School after 36 years in education, beginning the month on a bittersweet note. As society learned to live in masks, the county fairgrounds became the new home to the Oklahoma Youth Ranch Rodeo Association.

Blackwell High School officials scheduled the school’s prom for June. The Blackwell Streets and Parks Department began preparing the Memorial Pool for the summer season, and businesses began to reopen. Congregants at the Blackwell House of Prayer made masks for community members.

The month ended with the reopening of Sudsuckers Bar as “Johnny D’s,” where business has been booming ever since. In June, the Blackwell High School Class of 2020 got to conduct its belated graduation ceremony on a hot Saturday afternoon on the football field, and the Chamber of Commerce rebooted its Yard of the Week contest.

Blackwell’s Fraternal Order of Police lodge donated fans to families in need to keep cool as temperatures continued to rise, and the City of Blackwell conducted its annual citywide cleanup. The month ended with the mayoral race between T.J. Greenfield and Glenn Cox. Cox won. Local pastor Cap McIlnay received a tearful farewell at a City Council meeting, receiving the “Outstanding Citizen Recognition.”

In July, Cox was sworn in as mayor after his election victory, while Ralph Gose led the city’s Fourth of July parade. July was relatively quiet, save for some summer storms. At the end of the month, retailers such as Walmart began implementing mask requirements. July came to a close with the short-lived reopening of the Dragon Palace Chinese restaurant, as well as the unveiling of the Top of Oklahoma Museum’s “Tornado Room” exhibit on the 1955 tornado.

In August, the case against Blackwell Police Lt. John Mitchell continued at the county courthouse in Newkirk.

The Blackwell City Council and the Kay County Free Fair Board had a disagreement over the fair because of safety reasons. The fair board rejected the Council’s proposal for a scaledback fair, ultimately cancelling the 100-year event for 2020.

Onyx Nutrition opened in Blackwell, and local farmers lamented the state of the still-closed Hubbard Road, which has been closed since May 2019, when a flood destroyed a bridge system.

Blackwell 4-H and FFA parents came together to host a local livestock show for students who didn’t get to participate as usual because of the cancellation of the county fair. The Blackwell Veterans of Foreign Wars Post No. 2855 donated $500 worth of cleaning supplies to Blackwell Elementary School officials for COVID-19 safety.

The month ended with the opening of another Blackwell business, Crowned Hair Salon, as the city prepared for Homecoming 2020. Kay County surpassed 600 COVID-19 cases that month as well.

The Blackwell Fire Department participated in a 9/11 Memorial Stair Climb, which traditionally is hosted in Oklahoma City, but was restructured as a “virtual” event across the nation. The fire department used the stairs at the high school football field. In October, three former coaches from Ponca City High School were facing various felony and misdemeanor charges involving sexual misconduct.

The large American flag on Doolin Avenue was finally raised again, and business was reported to be booming at the Blackwell-Tonkawa Municipal Airport. Also in October, then-Mayor Glenn Cox resigned from his position, citing health issues.

A Braman sailor killed in the Pearl Harbor attack in World War II was laid to rest 79 years after his remains were identified. Blackwell Public Power officials conducted their annual Customer Appreciation Day that month.

Julie Green, who is currently a candidate for mayor, was sworn in as a Blackwell City Council member. October ended with a surprise ice storm that left 90% of the city without power for almost three days.

In November, the county fairgrounds got a facelift, with new barn quilts being added to the historic 4-H and FFA building thanks to Blackwell Tourism and Blackwell Public Power. In December, candidates for various municipal offices filed to run for election.

The City of Blackwell, Blackwell Chamber of Commerce and Blackwell Tourism came together to host the 8th annual Night of Lights Christmas Parade.

The First United Methodist Church, Veterans of Foreign Wars post and other organizations gave away 125 bicycles to Blackwell children just in time for Christmas. An anonymous veteran donated more than $1,000 to the effort. The City of Blackwell was named a Purple Heart City, making it Oklahoma’s 13th city since 2017 to be registered as a city honoring veterans.