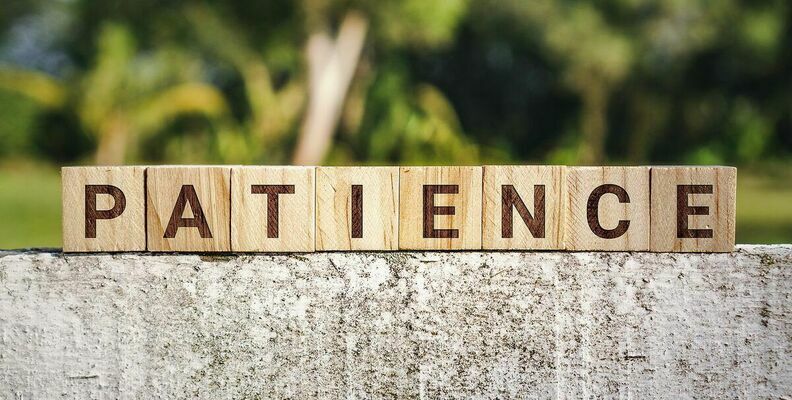 For the last three years, my New Year’s resolution has been to become a more patient person. As we ring in the New Year, I have decided to implement this resolution once again – especially after living through a year that seemed like it would never end.

Every year around this time, I think of this line: “Patience, young grasshopper.” I couldn’t tell you the first time I heard that phrase.

I know it came from a TV series entitled “Kung Fu,” though I’ve never seen the show. This leaves me to believe that, at some point in my life, someone said to me: “Patience, young grasshopper.” I’d like to figure out who that person is and say, “Thank you.” As a journalist, I’ve learned that nothing runs on my time; it runs on everyone else’s. After all, we journalists don’t control the news; we merely report it. It is a helpless feeling at times.

Perhaps the most significant factor in that sense of helplessness is the unflinching, infallible, almost insurmountable deadline. If only I had more time to do my work. I’ve waited hours and hours to receive essential pieces of information that either 1) never came or 2) was too late to be useful. I’ve tried desperately to track down people to interview who seem like they’re never reachable. I’ve shown up to write stories at events but had no one to talk to because of the weather. It’s frustrating. Very frustrating. When your job is so dependent upon other people – and when they don’t come through – you’re bound to lose something.

If you’re in a business partnership, it could be money. If you’re in a marriage, it could be trust. When you’re in journalism, it’s your patience. I’ll admit to being a natural hothead; maybe it’s genetic. One year ago, if someone was pushing my metaphorical buttons, I’d explode. One year later – one more year to (hopefully) accumulate wisdom and (hopefully) grow as a person – it’s something I’m still working on.

But something on which I’ve made significant progress – hopefully. With the New Year upon us, I’ve been reflecting on the previous year to find areas where I need to improve – and there are, of course, many. I’m not much on New Year’s resolutions, but I will challenge myself to be more patient with people. I challenge you to do the same, no matter how patient you already are. I used to get incredibly angry when someone didn’t hold up his or her “end of the deal” or when something didn’t go the way I wanted it to. I think many of us do. In my anger, I would fail to understand why.

Why didn’t these people do what they said they would? Why didn’t that plan work? As I’ve grown, I’ve come to learn that we humans can get so caught up in giving pity to ourselves and being angry about little inconveniences that we forget to think about others’ experiences.

When I got mad that someone didn’t show up to an interview, I should have considered why she didn’t. Car trouble? Family issues? Weather? Even the most dependable people make mistakes or find themselves in unfortunate and uncontrollable circumstances.

I certainly wouldn’t have any friends. And my family ties might be weak. Yes, this takes some restraint. I’ve found that biting my tongue – keeping bitter words from flying out of my mouth – produces a better outcome than uttering words of anger. To me, keeping those words to myself rather than letting them fly always feels better in the end. Some would call this censorship.

But to this young grasshopper, it’s all about patience. In 2021, let us resolve to be more patient with one another. Returning to “normal” will take time, but we can and will get there together – patiently