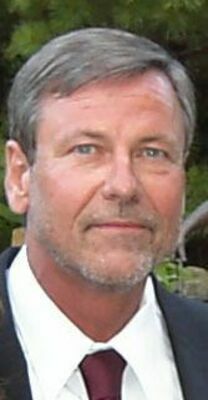 Stanley Don Rains was born in Blackwell, Oklahoma on October 11, 1957 to Donald LeRoy and Myrna Dawn (Tannehill) Rains and departed this life surrounded by family January 9, 2021.

Dighton Marler Funeral Home has been entrusted with arrangements.

Stanley grew up in Blackwell attending Blackwell schools. He graduated from Blackwell High School with the Class of 1975 and attended Northern Oklahoma College the next semester.

He joined his father in employment at ConAgra, Inc. in Blackwell and was employed there for 22 years. He moved to Stillwater in 2006 and was employed by MerCrusier until their closing. While working at MerCruiser, he met a very special person, Kim Tran. Together they established their own food truck company, Kim’s Vietnamese Cuisine. They successfully ran this business from 2013 to 2019, when they retired. They were in the process of remodeling their home at the time of his death.

Stanley enjoyed camping and floating down the Illinois River with his family. The entire family could be found on the banks of the river every Memorial Day weekend.

His father preceded him in death in 2011.

A public viewing will be held from noon to 8 p.m. Wednesday, January 13, at the Dighton Marler Funeral Home Chapel in Stillwater. A graveside service and celebration of life will be held at 2 p.m. Thursday, January 14 at Molly Fields Cemetery in Tahlequah.

Memorial donations may be made to Transitions Hospice in care of Dighton Marler Funeral Home, 5106 North Washington, Stillwater, Oklahoma 74075.