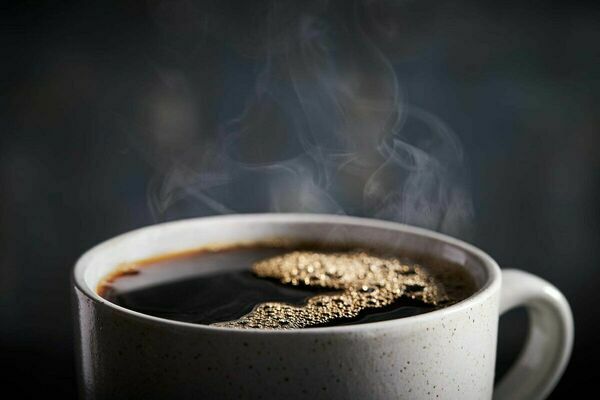 I can’t remember if I ever thanked Jerry Johnston for buying my uncle and I a meal at the Braman Café one sunny Sunday afternoon in 2019.

My uncle and I spent that morning singing Gospel songs at the Braman United Methodist Church, where Johnston sang in the choir. After the service was over, we followed Johnston and his lovely wife, Sally, to the old-time restaurant on Broadway Avenue, the town’s main road.

Unbeknownst to my uncle and me, Johnston paid our tab and left before we finished our meals.

Apparently, we weren’t the first beneficiaries of his kindness.

Johnston, the longtime mayor of Braman, died Jan. 5. I was in the newspaper office finishing a story when my boss told me the news.

Those of us in the newsroom were saddened. We’ve reported on many public officials throughout the years, most of whom are tried and convicted of at least one or two offenses in the court of public opinion while serving in office.

But not Jerry Johnston. In Braman, Oklahoma – “Braman, America,” as he referred to it – he was a beloved figure, a leader who worked to revitalize his hometown’s economy and infrastructure to make Braman a place that children would one day choose to return to.

When I heard the news of his death, I immediately took the nine-mile drive from Blackwell to Braman to interview those who knew Johnston best.

One of my first stops was the café.

When I walked into the café Tuesday morning to ask if the cook had any memories of Johnston, she remained quiet, hurriedly washing dishes behind the green counter near the front of the dining hall. But she did say that Johnston came to the café most mornings to sip a cup of coffee – which he liked black.

I pondered this for a moment. How could a man’s coffee describe his personality, his character and his leadership?

In the case of Jerry Johnston, surprisingly well.

As told to me by his family, Johnston was fiscally responsible. In a newspaper interview he did years ago, Johnston said the town never undertook projects it couldn’t pay for. That’s why he and his late wife Marilyn worked so tirelessly to secure grants for the town. His granddaughter, Ashley, said many of the town’s investments during his tenure were functional, not flashy.

His black coffee might have had a similar quality. It probably wasn’t the tastiest, but it gave him the energy to seize the day. And it was inexpensive.

He was straightforward. He served on a variety of public boards, and he wasn’t afraid to challenge ideas and proposals that would be harmful to small towns. When he served on the Department of Environmental Quality’s board of directors, he spoke out against regulations that small towns couldn’t afford to comply with, his son, Craige, said. As is often the case in politics, the people who make decisions affecting communities like Braman don’t come from communities like Braman. In a room full of city boys, Johnston was a rural voice – and a voice of reason.

Perhaps that black coffee symbolizes the “guts” he had when speaking truth to power in those kinds of meetings. A man who can gulp down a drink like that must be strong and bold.

Most importantly, he was always a family man – and he was the same man at home that he was in the mayor’s chair. His children describe him as a loving father, one who gave big hugs and always took the time to attend their extracurricular activities. Undoubtedly, this wasn’t always easy for Johnston to do. He was the town’s mayor for 28 years, a member of multiple civic groups, and an attendee at leadership conventions across the nation – all in an attempt to better the town that reared him.

He had a warm heart and a warm spirit. And he loved buying warm meals for folks like me.

In superlative terms, Jerry Johnston was a mayor’s mayor, a leader’s leader and a father’s father. Our world could use more folks like him. His family and friends say he had an intrinsic ability to bring people together and unite them around a common cause, both at home and in the public realm. I would imagine that persuading everyone in a small town to agree on something is incredibly difficult. Getting some families to reach consensuses can be even harder.

Somehow, someway, he did.

Though Jerry Johnston is gone, the impact he had on people will not soon be lost to time. He made investments in the lives of others, and the value of those investments will never decrease. As Billy Graham once said, “The greatest legacy one can pass on to one’s children and grandchildren is not money or other material things accumulated in one’s life, but rather a legacy of character and faith.”

That’s what Jerry Johnston leaves behind.

I still don’t know if I thanked Mr. Johnston for that meal at the Braman Café. The next time I see him, though, I’ll make sure to do so.

And next time, lunch will be on me.