President Trump: Marshall Law and The Battle for America's Soul 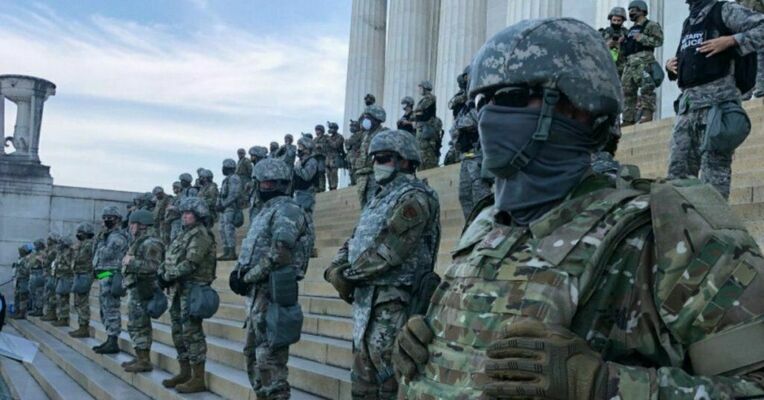 I’m writing this from my bunker in the country. I’m dying an awful and slow death since I took the Moderna COVID-19 vaccine...and I’m currently witnessing the 2nd Civil War...so I just wanted to share my final thoughts.

The riots have spread from the big cities like New York, DC, Chicago, L.A. to strategic military points like Blackwell and Newkirk. Like the nuclear missile silos under Conoco in Ponca... If you’re reading this, the pizzagate illuminati NWO ANTIFA BLM NRA NAACP NFO WHO WNBA PGA military forces lead by Joe-Xing Pao Biden have won.

I thought, surely it couldn’t happen to me. Not me. That’s when I saw the Facebook videos. The leaked information came pouring out from men in cowboy hats sitting in their trucks.

They had the information that the press didn’t. They had the balls our country needed. When the TikTok of RedNeckDontTreadOnMe999 came out where he said his cousin told him that President Trump was safe in a secure bunker and that he was preparing to declare Marshall Law in a matter of days (two weeks ago) I knew the battle for our nation’s soul had begun.

When the Facebook Live of SecondAmendmentAdam_MAGA_3529 came out where he told me his cousin was in the Army National Guard Reserve and that currently 500 Apache Blackhawk Helicopters were being flown into D.C. to secure the White House and restore Trump as Commander in Chief…I wept. It was so powerful. So inspiring. When we got word that the armed military vehicles of the United Nations- the world’s most terrifying fighting force- were seen on I-35 right here in Oklahoma...I went to Walmart and bought all the guns, fishin gear, ammo, cut-off tees, and Garth Brooks albums I could find.

We were goin to war. There’s been times where I’ve been skeptical. When the COVID-19 pandemic swept the globe in March, I knew it was all a hoax. A lie. A weapon used by the Democrats to destabilize the Trump Administration, in collusion with every country across the globe. Their willingness to completely destroy their countries infrastructure, job market and economy just to get back at Trump was sickening.

Then I heard there was a vaccine being created. Of course I knew it would be a tool of the Bill Gates George Soros Joe Biden AOC Camilla Harris Adolf Hitler Joseph Stalin Warsaw Pact Axis of Evil Jonestown Skull & Bones Society Illuminati Pedogate Pizzagate Epstein elite to put tracking devices inside of us...but I volunteered for it.

I volunteered because if my suffering saves more people...I died for a good cause. I died exposing the evil globalists. So that brings me back here to my bunker. Marshall Law. Trump struggling to save this nation’s soul. I can here the rioters. I see the devastation sweeping through Newkirk and Blackwell. I see Tonkawa in flames. I grow weary now, and tired.

The vaccine has done more worser to me than the COVID itself. I can only hope...nay..I can only PRAY that some brave man in a truck with a dip in his mouth will tell me how to handle this. But that’s what I get. That’s what we all get. This snowflake sissy participation trophy generation wasn’t ready for the Trump Train...wasn’t ready for the PLANdemic...and now…If you’re reading this. We lost. White, Christian, Conservative, Americans lost.