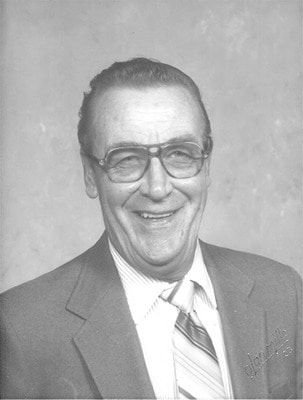 Gene Holcomb of Blackwell, Oklahoma passed away the morning of January 18, 2021 at Stillwater Medical Center - Blackwell at the age of 95 years.

Marland Gene Holcomb was born at Pawnee, Oklahoma on June 4, 1925 to Luke and Era Holcomb. At age 3 the family moved to Blackwell, Oklahoma. Gene attended Blackwell Public Schools, graduating in 1943. Immediately after graduation he enlisted in the United States Navy. He went to boot camp at San Diego, California, followed by Hospital Corp School in San Diego to become a Pharmacists Mate.

He furthered his education Oak Knoll Naval Hospital at Oakland, California for training as a surgical technician. After training he was assigned to the U.S.S. Cortland on attack transport ship.

His duty was to assist two doctors in the care of the ships crew and transport personnel. The ship was assigned to the Pacific and South Pacific Ocean. He remained on the ship until the end of the war and was honorably discharged in 1945 as a Pharmacist’s Mate, 2nd Class. Following his discharge, he returned to Blackwell to make his home.

Gene was a member of the Blackwell First United Methodist Church.

Gene had two brothers, Paul and Keith. He married Veda Lively on November 17, 1946.

Services will be held at 10:00 a.m. on Thursday, January 21, 2021 at the Blackwell First United Methodist Church with Rev. Daniel Gibbens-Rickman officiating. Burial will follow in Blackwell Cemetery.