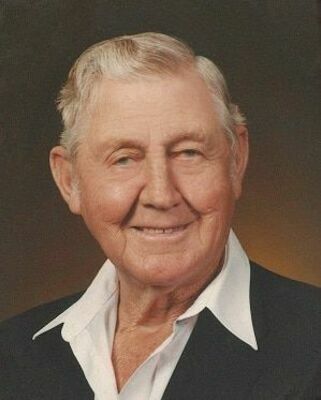 Arrangements are under the direction of Trout Funeral Home & Crematory.  Bob was born on April 22, 1927, on a farm Northwest of Cherokee, OK; the last of John E. and Marie Katherine (Hauser) Bahm's ten children.

He attended Cherokee Schools and in 1946, entered the Navy for two years. He went to Central State College in Edmond for one year, after graduating from high school in May of 1949. Bob married Virginia Maxine Jones on November 5, 1949.

They lived in Okmulgee, OK, for one year while he attended Okmulgee Tech, taking agricultural classes.

Their first son, John, was born there. They moved to Newkirk in 1951, and ran a laundry for a year. Then he worked at Ark City Packing House for two years. In 1953, he went to work at Blackwell Zinc Smelter and remained there for 20 years. That same year, they moved to a farm East of Ponca City, where they farmed, operated a fruit orchard and raised their ten children.

After that, he had various other jobs. In the 1980's, he and Virginia owned and operated a cafe in Kaw City, Bahm Burgers.

Honorary Pallbearers will be his 24 grandchildren.