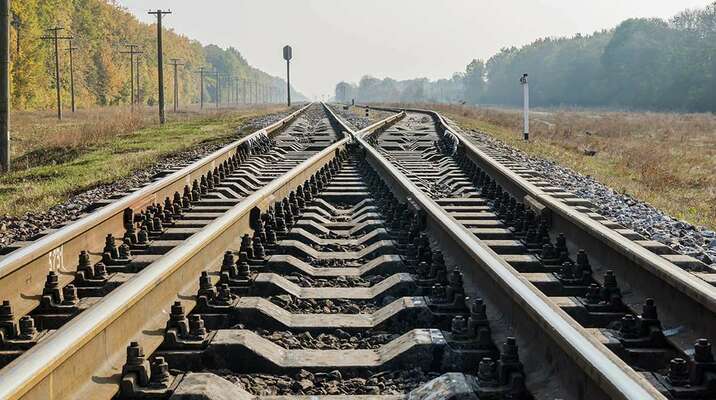 Sometimes, the words just don’t come out right. Frank “Watermelon” Campbell was a man unlike any other.

He devoted his entire life to working on America’s railroads and preserving the history of these powerful institutions. He died Jan. 6. And even though he was 99 years old – almost 100 – I wasn’t ready for him to go. I still had questions to ask him. Watermelon started collecting railroad memorabilia while working on the Frisco Railroad.

He was using a coaloil lantern that kept burning out when he was switching cars. With his boss’s blessing, he bought an electric lantern at a department store. His boss told him to throw the old lantern away. He didn’t. That’s how his collection of railroad memorabilia – an assortment of more than 1 million artifacts – began. (And it’s how he came to be known as Watermelon: he grew watermelons and brought them to work.)

A lifelong railway conductor, Watermelon started the Railroad Museum of Oklahoma in the late 1980s, eventually moving it into Enid’s former Santa Fe Freight Depot – which he restored to house his impressive collection. I met Watermelon in 2019 when I came to tour the museum.

He donned a western shirt, dusty cowboy hat and a silver bolo tie. I had no idea he was 98 years old. He didn’t look 98 – and he didn’t act 98. I was touring the train yard, filled with shiny, colorful railroad cabooses and freight cars, when I saw a green railroad speeder, a vintage piece of equipment used by railroad workers like me in the olden days. Watermelon gave me permission to fire it up and run it. Ever since then, that speeder has become my pride and joy.

I’ve given dozens of children and adults rides on it, and I’ve spent a few hundred dollars repairing and maintaining it. Most importantly, I’ve enjoyed caring for and operating a real piece of railroading history – a piece of history that Watermelon spent his life preserving and protecting. I’ve always loved trains. I work on the railroad in my hometown, the Blackwell Northern Gateway Railroad, as a track maintainer. I grew up watching “Thomas the Tank Engine.” And I believe there are few sounds sweeter than the echo of a train whistle as it rolls across hills and prairies. Watermelon gave me the chance to live out one of my passions, one that we shared.

Unlike most railroad museum operators – many of whom sadly have reputations of turning away enterprising (and even apprehensive) young volunteers like me – Watermelon gave me free run of the museum. It has become my “happy” place, just as it has been – and can be – for so many others. I guess I kind of thought Watermelon would live forever. Heck, he was still climbing around the cabooses in the train yard two weeks before he left this Earth. If I had known that his time with us was coming to an end – that he was nearing his final destination on life’s train ride – I would have asked more questions.

About his life. About the history of the railroads. About the railroad cars in the train yard, the pieces of railroad China in the cabinets and about why he loved the railroads so much that he spent his life paying homage to them We were all shocked when God called Watermelon home. On Tuesday, those of us who knew him gathered at the Emmanuel Church in Enid to say our last goodbyes. Close to 300 people attended either inperson or through a livestream.

The pastor delivered a beautiful message. He said something I’ll never forget. Heaven is “Earth with the curse reversed,” he said. When we get to heaven, our souls go back to the prime of our lives.

We’re young adults again, happy and healthy, surrounded by the people we love and indulging in what we loved to do on Earth. I know God called Watermelon home in a special way. I bet Watermelon ran a mighty fine train toward the promised land. I know God didn’t make him take any sidings on the way up, either.

From his caboose at the end of the train, Watermelon gave the engineer the “Highball!” signal with that old coal-oil lantern and took off to heaven, racing to get there right on time to that Great Depot in the Sky. I’m sure that, right now, he’s taking a lot of heavenly passengers on the best train ride they’ve ever had – an eternal ride to life everlasting.

The pastor said he believes that, one day, he’ll be riding one of Watermelon’s trains. Now that’s a ride I can’t wait to get my ticket for. When I climb aboard, he’ll be able to tell me all of the answers.