Mike's Musings: A nation in turmoil should turn to God 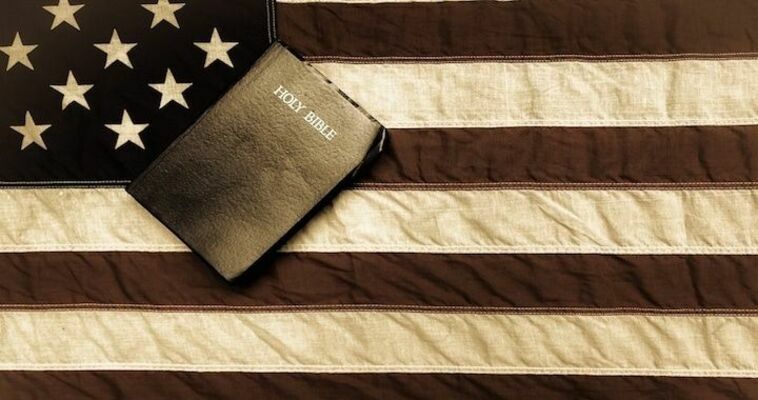 Greetings, Turmoil. That is a good word to describe the world today. Other words come to mind but nothing seems to fit as well as the word turmoil. When you look at the elections and other political discontent, things look some-what bleak.

There is the pandemic to deal with. Sickness and death is everywhere. Let’s not forget the race issues and inequality that are being suffered by our fellow mankind. Where does the world go from here? As I ponder the things going on in the world, I think about the effects all of these issues have on everyone. We cannot dine out like we used to. Family gatherings are much smaller than they were a year ago as a health safety measure.

What about schools and how virtual classrooms are a now a common thing. The list goes on and on. I am reminded of my teenage years. This was a time of pain, hurt, destruction, and awakening. We as a country had to deal with many things that were not easy to face. The war in Vietnam was raging and tearing this country apart.

Many young men and women lost their lives in this unpopular war. Another sad fact was that many soldiers were fighting the war as ordered but when they came home they were often met with much hate. It left scars on many of these young soldiers to deal with. It was hard on those brave warriors to see their friends die in action and then come back to a divided nation that was full of hate and discontent.

The Watts riots in Los Angeles was another event that brought much pain to a suffering nation. People were killed and property was destroyed during the riots. People on both sides wanted justice, but again hurt and discontent led to destruction and misunderstanding. It got people’s attention, but maybe not in the way many had hoped for. What about gasoline rationing? Do you remember that? Then there was Watergate and its fallout that created many political problems during those times. The list could go on and on but you get the point. We don’t live in a perfect world nor will we ever this side of Heaven.

One of the questions that always comes up is what can we do? How can we deal with these issues? I have to believe this is the same questions that Adam and Eve asked as they were booted from the Garden of Eden. What can we do??? What has history taught us about war, pain, and hostility? History shows us that there are confrontations between people, countries, religions, and even Heaven and Hell. Greed, power, lust, jealousy, and money are triggers to start hate, hurt, and pain for all of mankind.

We don’t like it but those are the facts. There is hope. As much as we think we can control our fate and the world around us, we can’t. Even when we think we are smart enough to figure everything out, we can’t. The good news is God is in control. The good news is God has our world figured out. Even when we try to be the boss but we mess everything up, God has His hand on us. It would be so much easier to follow God’s way but for many reasons we don’t.

Throughout history, God has guided His children. That includes us; me and you. If only we weren’t so stubborn and hard headed, our lives would be so much easier, and more fulfilling. God wants nothing but the best for us but too many times we refuse it because “it doesn’t make sense”.

The fact is it doesn’t need to make sense if we have the faith to follow our God. If we will believe in Jesus Christ as our Lord and Savior, then we know that everything will work out in the end. Just as we have revisited some of the negative times in our history, let’s think about the good things. The main event I want to share is the life of Jesus Christ.

He came into this world as a baby, one of us. He lived a life that honored God and taught people about eternity. He suffered and was crucified, but He arose from the grave. He did that for me and you. He taught us about love and hope. He still brings that to us today.

When I get uptight and concerned about the events going on around us, I just turn to God and ask for guidance. I ask for forgiveness for the sins I have committed, and I ask for His mercy. God loves each of us and if we turn to Him we will find what we’re seeking. No it probably won’t be a new car, or a bumper wheat crop. It is very doubtful it will be a bag of money, but you never know.

What I do know we will get is peace of mind, comfort, and joy in our lives, and most of all, a Savior who grants us eternal life. If you don’t know Jesus as your Lord and Savior, pray and ask Him to come into your life. If you do have a personal relationship with Jesus, then take advantage of it by seeking His comfort and guidance for you. Blessings. Have a great week.

Cody's Corner: Where is your God?

Pastor Mike's Musings: 2021 Is for Jesus

Cody's Corner: Jesus can set you free this Chri...