LEGEND: A psychedelic, dark, sexual fantasy you need to see 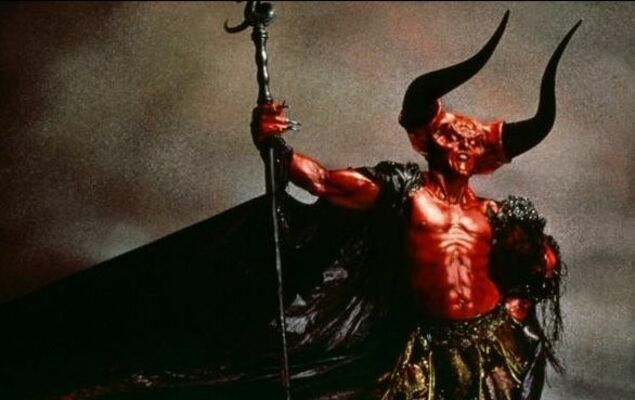 “It’s just a female, Lord. She holds no power.”

“Only the power of creation!”

Revisiting Ridley Scott’s 1985 fantasy epic LEGEND last week for the first time since I saw it in 2014, I was relieved to find the film as magical, dark, and entrancing as it was upon my first viewing. I also found a more rich appreciation for it in an age where romantic-fantasy is more concerned about political allegory than more substantial subtext like gender, religion, and morality.

While Netflix turned heads with 2019’s adaptation of THE WITCHER, fantasy has been in a somewhat stagnant state of being for the better half of the late 2000’s and 2010’s. LEGEND reminds us what the genre could truly be, and what we can still learn from it.

Taking place in a mystical world, the Lord of Darkness (Tim Curry) seeks to plunge the world into eternal night by killing the last unicorns (guardians of light). To do this, he sends his goblin minions, who run into a forest-dwelling wild man Jack O’Greene (Tom Cruise) and his enchanting lover, Princess Lilli (Mia Sara). The goblins succeed in killing the last male Unicorn, but mistakenly leave the female alive. They capture the Princess, and soon Jack must embark on a quest with the help of the forest fairies and elves to rescue Lilli, stop Darkness, and save the last living unicorn and the fate of the world itself.

LEGEND is an entrancing film that feels like a drug-addled fever dream more than a traditional 3-act swashbuckling movie. The story moves along at a pace that is sudden and methodical, never stopping to answer any questions or expand on any details. You, the audience member, are simply along for a ride- a vouyeur peering into an alien world- rather than a student studying the details or retaining any information.

Lush forests with dancing leaves and pollen, supple skin covered in glitter and sweat, lavish meadows with babbling brooks and crystalline springs, ominous and cavernous castles with wax pouring over candle sticks and dark thick pillars that extend upwards, seemingly into the pitch blackness of space. LEGEND is how fantasy is envisioned, not written. A storybook from before one could read.

Darkness, played here by a towering Tim Curry with phallic bull horns spiraling from his head, cloven hooves at the bottom of muscular legs, an almost naked body with crimson skin tight over bulging muscles. He is temptation and evil. He is the death of innocence and light. Curry is of course known for his bombastic and sinister roles, including Pennywise the Clown in “Stephen King’s IT” and of course his roles in ROCKY HORROR, CLUE, and more. Curry’s Darkness is a scene-stealer, as to be expected. Played with equal parts ham and malice.

Darkness, here, attempts to seduce the Princess Lilli, who transforms from an ethereal beauty with glowing hair, flowing white gown, and silver tiara to a bride of the devil, with blackened eyes and gothic gown. Temptation, lust, and virgin purity are constants in LEGEND, with Tom Cruise’s Jack coming to terms with his sexual attraction to Princess Lilli and, eventually, his heartfelt love for her.

Unicorns, naturally, lend themselves to the sexual imagery Scott is adept at (ALIEN being one of the most graphically sexual film readings of all time) representing male and female iconography.

LEGEND is a very genuine film, from when genre features didn’t need tongue-in-cheek irony or to be “in on the joke” to sell itself to audiences. It deals with the power of the female self, the temptation of both sexes, and in many ways the concept of religion- if sexuality and godliness can be part of a whole, instead of a taboo separation.

For fans of fantasy, LEGEND is a must-see. And if you hazily remember catching it on TV, it is time for a proper revisit with Scott’s 114-minute directors cut which was released on Bluray just recently.