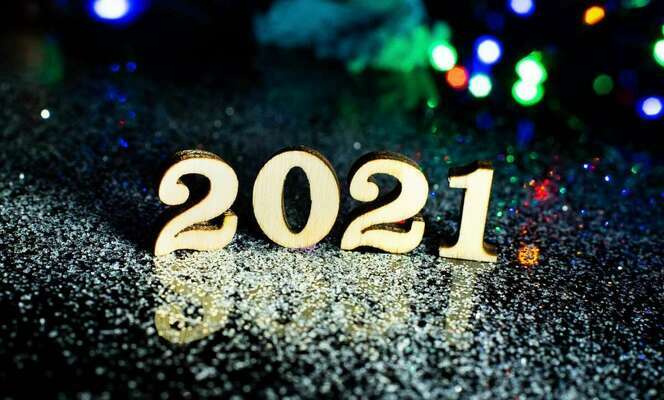 he pandemic has changed almost every aspect of our daily lives. Concerts and ceremonies have been canceled, jobs have been lost and loved ones have died. These hardships have taught us to reconsider how we spend our time – and how we measure it.

Nothing gives people hope like the start of a new year – a symbol that we have a chance to renew ourselves and perhaps have a new “start” in life.

What about a new decade?

There are logical and legitimate arguments on both sides of this decennary debate. In a Dec. 27, 2019 article, NPR reported 64% of Americans believe the new decade started in 2020. However, the Farmer’s Almanac – widely considered the authoritative source on time measurement – maintains that the new decade started this year.

“In essence, on our calendars, 2021 is the equivalent of a ‘first-floor lobby,’ and after going up ten flights (or years), we’ll arrive at the tenth floor,” Rao wrote. “Or in this case, the year 2030 — when that decade ends.”

I’ll side with the Almanac on this issue, though I won’t dismiss those who say the decade began last year. Both have merit on a scientific basis.

But ponder this, those of you who believe the decade began last year: What harm would calling 2021 the start of a new decade pose?

In a pre-pandemic world, the celebration of the New Year would have been marked by loud, large public parties. Times Square in New York would have been filled with spectators listening to the nation’s most famous musicians, rocking their way into the night. Across the country, people of all ages would stay up well into the night to text or call their friends and wish them well.

The arrival of 2021, out of necessity, was less boisterous. Instead of exuberance and excitement, the celebration was characterized by cautiousness and circumspection. But it remained a time-honored tradition. Many people spent the night in their homes by themselves or huddled together with small groups of family and friends. After removing their masks, they may have toasted the New Year with a glass of wine and whispered “Finally” under their breaths.

This goes to show how meaningful the dawning of a New Year is. Not even the gloom and doom of the worst year in recent history could stop people from ushering in this holiday. This is because the New Year is more than just a calendrical occurrence; it is a metaphorical rebirth for humankind. We all make mistakes, and we all believe in the need for second chances – for the chance to begin anew. The New Year provides this.

And the decade does an even better job. In a 10-year span, a new generation is born. Significant aspects of our culture can change. A person can grow and develop more over the course of 10 years than over the course of 365 days. This is, of course, worth celebrating.

Why not say we started the decade in 2021, the year we might end the pandemic? With coronavirus vaccines arriving, the end of the pandemic may be in sight, and it may be this year. That would solve many of our problems. At least, in the way of event cancellations and economic shutdowns.

Sure, 2021 has gotten off to a rocky start. But we’re just one month in, and we have plenty of signs pointing toward the possibility that this year could be better. Saying we ended the pandemic at the start of the new decade seems like the best way to celebrate a return to normalcy. I’d hate to think we started the decade with the onset of the pandemic – the disaster of 2020.

Will you join me in the new decade?