Interview: Filmmaker Seth Breedlove is on the search for Bigfoot, Mothman, and more. 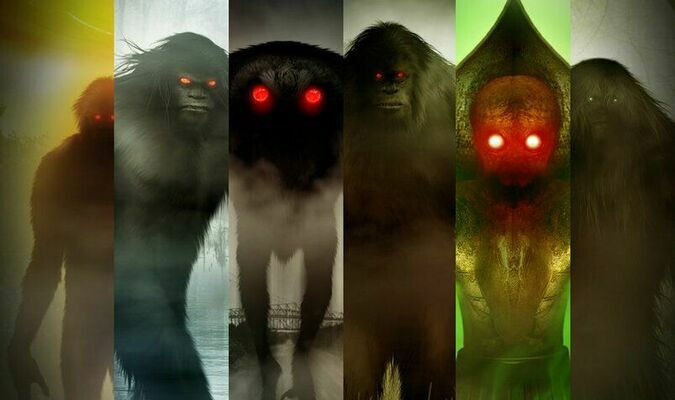 Seth Breedlove is passionate about monsters- and that passion has taken him from desk jobs like medical billing and filing to traveling across the United States from the sleepy mountains of the idyllic West Virginia to the towering forests of the Pacific northwest, and everywhere in between in the pursuit of folkloric icons such as Bigfoot, The Mothman, The Flatwoods Monster, the Bray Road Beast, UFOs, and more.

“I don’t have a cool origin story,” Seth admitted over the phone while his finger frantically worked on the other end of the line with a chorus of clicks, editing one of his latest projects, “I worked some boring jobs, and had some time to kill...I started listening to podcasts about monsters, urban legends, things like that, and it ballooned from there.”

Seth admitted that this stemmed from a life-long condition, where he couldn’t simply “have a hobby” without it becoming a potential for him to plant his flag in it as his life’s work.

In 2013, Seth founded Small Town Monsters, laying the foundation to a media empire that currently has a Facebook page ‘liked’ by over 40 thousand people, a YouTube channel with 30 thousand subscribers, a KickStarter that has had more than $152 thousand dollars raised across 13 projects, and 4-5 star ratings across a slew of their features available to stream on Amazon Prime.

Seth’s first three films dealt with the Minerva Monster, the Beast of Whitehall, and the Boggy Creek Monster- three variations of a lumbering Bigfoot creature seen in Ohio, New York, and Arkansas. The latter was made famous by a 1970’s horror film titled “The Legend of Boggy Creek” from cult filmmaker Charles Pierce.

These documentary films are part urban legend exploration, part nature documentary, and part human drama. True to his word, Seth wanted to tell the stories of not just the monsters, but the people who’s lives they inhabit.

In 2017, Small Town Monsters was thrust into the spotlight with “The Mothman of Point Pleasant”, expanding Seth’s niche bipedal creatures with a legend that was the subject of non-fiction novel “The Mothman Prophecies”, a 2002 Richard Gere-lead horror thriller of the same name, multiple documentaries, and has it’s own culture in Point Pleasant, West Virginia complete with a yearly festival, a wildly popular museum, and a dedicated following in popular culture.

When asked if he was nervous tackling such a larger than life subject, Seth said he was excited about it more than scared- he eager to tell the story in his own way.

“A lot of Mothman content had been kind of a scattershot,” Seth explained, “I wanted to tell the story in a linear fashion that was easy to follow and digest, but allowed us to dive into the legend and the people involved as it progressed.”

Researching the subject and preparing the shoot was the most fun he had ever had, Seth explained.

The most recognizable bit of Mothman lore comes from journalist John Keel’s 1975 book, “The Mothman Prophecies”, something Seth said he had pulled inspiration from, but not been tethered to.

“I respect the work that [John Keel] did, but I think that in reading it, he went too far down the rabbit hole, so to speak. I think it is important to keep yourself removed from the subject you’re attempting to document, and to not get lost or too involved in that.”

The 2017 Mothman feature by Seth and his Small Town Monsters banner had solidified Seth’s desire to tell the stories of the people, turning the mainstream norm of cable TV’s “point and shoot” interviews into glimpses of life often overlooked or taken advantage of.

Breedlove’s films give us windows into small-town lives of sleepy towns and hollers, boarded up shop windows, the fading paint on rustic barns and country homes, with stories told by the weathered faces of people from the Earth. These aren’t sideshow attractions to Breedlove, they’re carefully constructed odes to humanity, and to the power of stories.

“Often, I see my films get classified as horror films, because they deal with these creatures. I don’t consider that at all,” Seth spoke softly, “I consider them human stories. I see the sadness more than I see the scares.”

According to Seth, the humanity of these tales come through more than the terror, as evident in “The Flatwoods Monster: A Legacy of Fear”, his 2018 documentary on the Flatwoods creature of West Virginia. The film, telling of a reported UFO crash and subsequent extraterrestrial sighting, is painted in shades more similar to “Stand By Me” than “The Fourth Kind”.

“I was an emo kid growing up,” Seth admitted, “I think that comes through in the work. I think ‘Flatwoods’, ‘Bray Road Beast’, ‘Terror in the Sky’, ‘Boggy Creek’ definitely have that tone of crumbling mid west locales and the legacies that are sort of encapsulated in them.”

Breedlove’s work has only gotten bigger, as time has gone on. In 2019, Small Town Monsters debuted “On The Trail of Bigfoot” under their “On The Trail Of...” umbrella, the most recent entry brought Seth to Oklahoma, where Bigfoot legends abound in the southeastern part of our state, where sightings of ape-men come sweeping down the plains and into the dense forests near the Arkansas border.

“The Bigfoot culture down there is amazing,” Seth recalled of Honobia, “the giftshops, the bars- there’s such an exciting air down there. It was beautiful, and the people were fantastic.”

Breedlove, however, is no stranger to experimentation. “Momo: The Missouri Monster” is his 2019 meta-documentary commentary on the “telling of the telling” of stories, with the subject broken up by a faux-feature film.

“I think some sense of humor is important to just keep yourself sane doing stories like these,” Seth said, “it is crucial to respect your subject and the people that you interview- these are genuine people with real beliefs and real experiences. We allow ourselves to have fun, of course, but that’s done with great care. You don’t want to lose yourself in the content, so my crew and I have adopted ways to ‘turn our brains off’ when we get in the car and get home.”

Currently, Small Town Monsters is expanding their content through episodic YouTube content, diaries, podcasts, and more while continuing their feature film work on subjects like the Lake Michigan Mothman, The Louisiana Werewolf, the paranormal, and more with the newest entries in “On The Trail of Bigfoot” and “On The Trail of UFOs” set to launch this year as well. Just recently, their chronicles of the Tennessee witch, “The Mark of the Bell Witch” was just released.