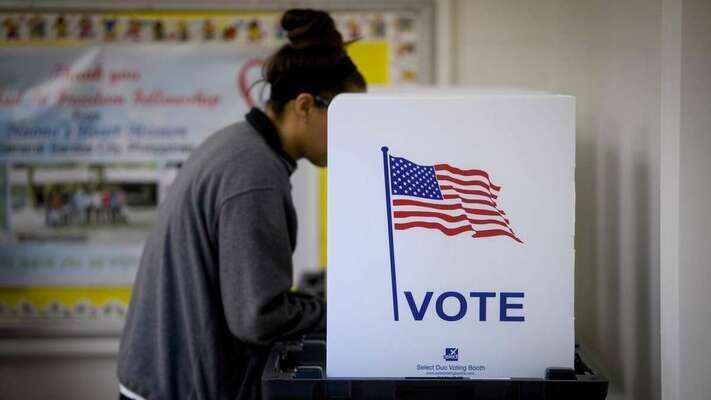 The Election Board also clarified voting eligibility stating that anyone in a municipality can vote in an election, meaning that voting is not restricted to wards. For example, a resident can live in Ward 1 and still vote in the Ward 3 race.

“The only restriction is that if you live in a ward you must file for election in that ward,” said Carol Leaming at the Election Board.

A two-member, bipartisan Absentee Voting Board will be on duty each day to assist absentee voters.

“In-person absentee voters fill out an application form when they get to the office. They are not required to give a reason for voting absentee” Cheryl Howard

“They are required to swear that they have not voted a regular mail absentee ballot and that they will not vote at their polling place on election day.”

According to Howard, the Absentee Voting Board verifies a voter’s registration information, then issues the voter’s ballots. The voter marks the ballots in a voting booth and then puts them in the voting device. “It is very much like voting at a precinct polling place,” said Howard.

Contact the County Election Board, located at 201 S. Main St. basement of Kay County Courthouse in Newkirk for more information. The telephone number is 580-362-2130