Did Tom Brady win the Superbowl with WITCHCRAFT? 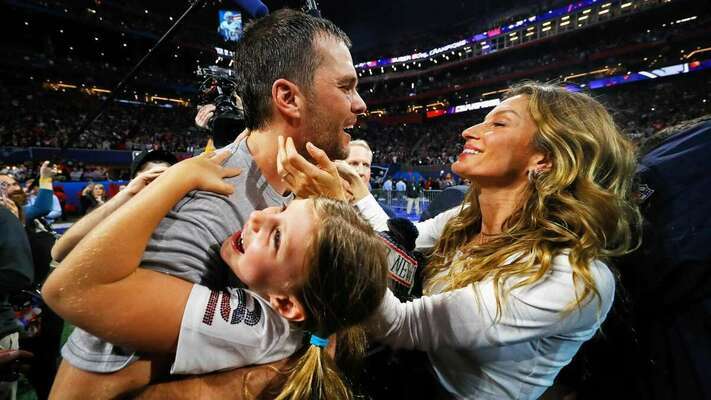 This past weekend was “the big game” where the Tampa Bay Buccaneers played a light pickup game against the Kansas City Chief’s B Team, which seemed to have a worse week than country singer Morgan Wallen.

But did the Buccaneers win because of skill?

They won because of WITCHCRAFT.

Bucc’s QB Tom Brady, often considered “Elite” or “GOAT”, is married to Brazilian smokeshow Gisele Bundchen, who is allegedly also an actress and appeared in films such as “The Devil Wears Prada” and the 2004 Queen Latifah thriller “Taxi”.

Being Brazilian, she has confirmed that she is also a practitioner of Regela de Ocha, or Santaria, a form of pagan mysticism created by the band Sublime for their 1996 hit “Santaria”

Tom Brady has stated in a 2019 interview with CBS Sports that his wife holds “pre game rituals” for him, creating altars and having him use spiritual stones as well as bathing in ointments and saying mantras- or prayers- before his games.

Bundchen allegedly told Brady prior to the Seahawks vs Patriots game in Superbowl XLIX that he would have to heed her advice and magic in order to win, which he did when the game ended 28-24.

Giselle also predicted the Pats would lose the Superbowl in 2015, but come back in 2016 to win- which they did in a stunning return from a 28-3 deficit against the Falcons to close Superbowl LI with a 34-28 lead.

So is Brady the ELITE GOAT or is he merely a plaything of the ancient gods, aided by his mystical wife?

As a Catholic, I am no stranger to the mystic arts, and I respect Brady and his Devil’s Bride for embracing the magic of the old ones, but should the NFL allow this?

Should we wait for next year’s bowl game and separate Bunchen from Brady to see if it effects his playing? Or should we simply start equipping all NFL players with their own personal witch wives, and see magical battles unfold on the field between the forces of light and dark?

One QB with the power of Voodoo, one with the power of Myal, battling on the gridiron? Christian teams versus teams of Mongolian Shamans? Could American football become our version of Quidditch with players hurling spells at each other, allowing their deities to battle above?...or below? What do you think, dear readers? Let us know!