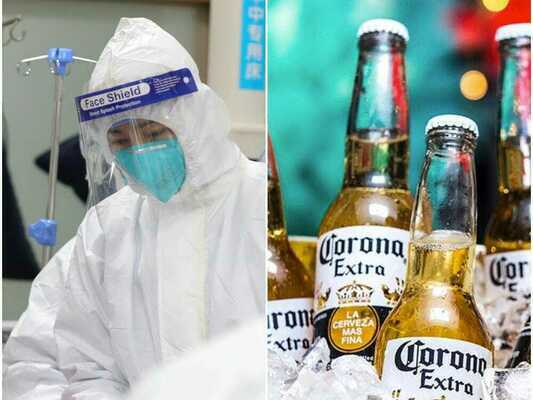 Don’t let what you’re about to read go to your corona.

A while back, I was reading a textbook for one of my journalism classes. In one passage, the author discussed how journalists conduct good interviews. As journalists, part of our job is to observe details: people’s behavior, their clothing, their facial expressions and the idiosyncrasies of their speech.

The author included an example of how journalist Tom Wolfe described the hair of an older man he was interviewing for a story.

I was reading through the example when I came across a word – one that has become far too familiar to all of us. In describing the man’s hair, Wolfe used the term “corona” to name the pattern in which the man’s hair flowed around a bald patch on his head.

Quote: “Around this bald spot swirls a corona of dark-brown hair that becomes quite thick by the time it completes its mad Byronic rush down the back of his turtleneck and out to the side in great brushes over his ears.”

I was confused. Corona? This book was written long before the pandemic. What does he mean?

I typed in “corona hair” on Google to see what popped up. Just a few articles about how the coronavirus is having an impact on people’s hair. This, of course, was not what I was looking for.

I tried again. This time, I typed in the phrase “What did ‘corona’ mean before the virus?” And I found an article about the virus in which the author said the word “corona” by itself means “crown.”

Then, I searched the phrase, “The word corona means crown.” I found an article from Dictionary.com, which defined the word in a few different ways. Interestingly enough, the word has several usages in meteorology.

I was a little surprised. I know that words and languages change, but I had no idea that “corona” could be used – or had ever been used – outside the context of the virus, which has taken on several different forms and strains throughout history.

According to Dictionary.com, “corona” has several meanings.

First, it is used to describe “a white or colored circle or set of concentric circles of light seen around a luminous body, especially around the sun or moon.”

Second, the word can be used to describe “such a circle or set of circles having a small radius and ranging in color from blue inside to red outside, attributable to the diffraction caused by thin clouds, mist, or sometimes dust.”

Third, it describes “a faintly luminous envelope outside of the sun's chromosphere, the inner part consisting of highly ionized elements.”

Fourth, it describes “a long, straight, untapered cigar, rounded at the closed end.”

The word can be used in botany to describe “a crownlike appendage, especially one on the inner side of a corolla, as in the narcissus.”

And finally, as I learned in my reading, it’s used to describe “the upper portion or crown of a part, as of the head.”

So far, nobody has updated the dictionary website’s entry to include the usage that we’ve come to know all too well this year. Many people refer to the coronavirus as “corona.” It hasn’t caught on with the dictionary heads yet.

The website includes a lot of information about the word’s history, starting around the year 1555.

Apparently, its usage also extends beyond the anatomical, botanical and meteorological realms. I found out there’s a town in California named Corona. I wonder what they think about their town’s name now. And let’s not forget that Corona is also the name of a beer and the name of a skin ointment.

I’m not sure I learned anything useful from my research.

And I seriously doubt I’ve taught you anything you’ll ever use or even remember after you put down this week’s paper.

But now that you’ve got all of this useless information, don’t go around acting like you’re smarter than everybody else. Nobody likes people who let their knowledge and power go their corona.