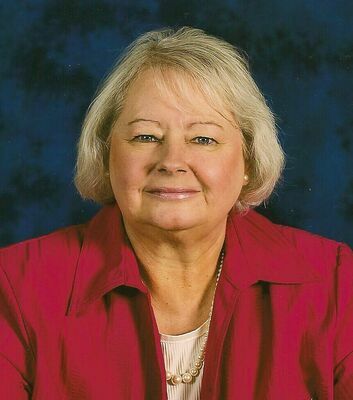 Joquita A. Wallen, Ponca City resident, passed away Saturday, January 16, 2021 peacefully at home surrounded by family in Ponca City, OK. She was 71.

The family will be present from 5:00 PM to 7:00 PM on Thursday. Face masks are required. Arrangements are under the direction of Trout Funeral Home.

Joquita was born on October 26, 1949 to Earl and Glenna Mae Carruth of Blackwell, Oklahoma. She attended Blackwell Public Schools and graduated from Blackwell High School in 1967 where she was an active member of the marching band. She then attended Northern Oklahoma Junior College, completing in 1967 with an Associates of Business degree and was a member of the Archery Club.

In 1969 Joquita joined the Continental Oil Company where she worked in the accounting department.

Michael Wallen married Joquita on March 31, 1972 in the Blackwell First Christian Church. She joined Mike on the railroad in 1973 which forced them to travel the rails of Oklahoma with Joquita setting up housekeeping along the tracks. Their first son, Scott was born in 1974. The family traveled for another year until Mike and Joquita decided it was time to go home. They settled in Ponca City where Christopher was born. Mike felt it was time to get his boys out into the country where they could learn about nature and self- reliance. They moved to an acreage east of the city where Jeffrey was born. In 1988 the family moved back into Ponca City so the boys would have more access to their school activities.

Joquita spent the 1980’s as a homemaker, school board member, substitute teacher and bus driver for the Kildare school system. She was a florist, before starting her career as a sales associate for Capital West Securities in Ponca City where she enjoyed providing financial services for members of the town and surrounding areas.

In the last 10 years of life mom became accustomed to the cruise ship life. Sailing from port to port across the Caribbean, having the next cruise booked before docking to come back home to her land legs. She enjoyed those times greatly with her sister Joyce, niece Jill, nephew Chad and cousins Floy & Valynda. Joquita’s greatest pride were her grandchildren, Devin, Emily, Ryleigh, Michael and Kinslee. She enjoyed her retired years watching them grow and learn, they were her world. Grandma loves you and will always be looking over you.

She was a member of the First Christian Church where she was a greeter, played in the bell choir, assisted in the office, helped with the children’s services, fellowship meals as well as any other task where she felt like she could help.

She was a daughter, big sister, wife, mother, aunt, mother-in-law, grandmother and friend

Joquita was loved and will be greatly missed.

Memorial contributions may be made to the First Christian Church of Ponca City for Friendship Feast or Koats for Kids, 210 North Fifth Street Ponca City, OK 74601