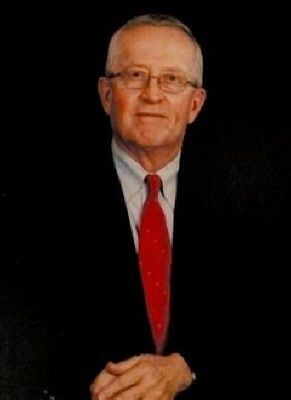 Ernest Brock Walcher, 84, of Woodward, passed away February 2, 2021.  He was born November 11, 1936, to Edwin Allen & Eileen Rosalee (Brock) Walcher in Blackwell, Oklahoma.  He graduated from Blackwell High School in 1954.  He loved basketball, and he played for a year at Northern Oklahoma Junior College before transferring to Panhandle A&M College, where he continued to play basketball and graduated with a Bachelors degree in Education in 1959.

At Panhandle A&M College, Ernie met the true love of his life, Ellen Kay Walker, who was a cheerleader on the court while he was playing basketball.  He loved recalling how he told his friend that he was going to marry that girl the first time he saw her, and they did marry on June 8, 1958.  Ernie went on to get his Masters degree in Counseling from Southwestern State University before he began teaching, coaching, and counseling in Carnegie, Oklahoma, from 1959 to 1964, Durango, Colorado, from 1964 to 1967, and Liberal, Kansas, from 1967 to 1973.  He began working for Edward Jones as a stockbroker in Woodward, Oklahoma, in 1973, where he worked until he retired in 2014.

Ernie and Ellen had 2 children, Dana Lynn (Walcher) Diedrich, and Ernest Raymond II (Rocky) Walcher.  He loved his wife and family more than anything, and they were always a priority in his life.

He was preceded in death by his parents, sister, Barbara Fulton, and sister and brother-in-law, Janice and Ted Cole.

Viewing will be Friday, February, 5, 2021, from 9:00 a.m. to 8:00 p.m. at Billings Funeral Home in Woodward, OK.  Funeral services will be Saturday, February, 6, 2021, at 11:00 am. at the First United Methodist Church in Woodward, OK, with interment immediately following at the Elmwood Cemetery, in Woodward, OK.  Face masks will be required in the church. Donations may be made to Oklahoma’s Action Rehabilitation Centers, Inc. (OARC) or Oklahoma Panhandle State University Foundation in Ernie’s name through Billings Funeral Home, 1621 Downs Avenue, Woodward, OK 73801.

Remembrances may be shared online at www.billingsfuneralhomewoodward.com