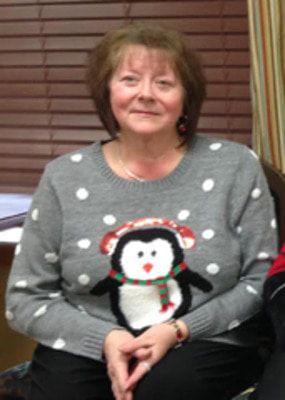 Deborah Ann Nelsen (68) also known as Debbie Ann Ryan-Nelsen, resident of Midwest City, OK has passed away on Jan. 12, 2021 at the Saint Anthony hospital in OKC, after a nearly three-week battle with Covid-19.

She grew up in Blackwell, OK and attended school and graduating with the class of 1971 at Blackwell High School. She furthered her education and graduated from Rose State College in Midwest City, OK with an associate’s degree in paralegal studies. She also obtained a Bachelor Degree in Education from Oklahoma State University in Stillwater, Ok.

She lived and worked in Boulder Co. and Pueblo Co. for several years. She settled in Midwest City OK working for the OKC VA hospital for several years in different administrative positions.

She was preceded in death by her parents Dr. Howard K. and Margaret Nelsen of Ponca City.

Debbie left behind her 3 beloved fur babies Shaggy, Bella, and Mojo. who were adopted by a close friend.

Per Debbie’s final wish, she was cremated and her remains will be returned to the Colorado mountains that she grew to love so much in her lifetime.