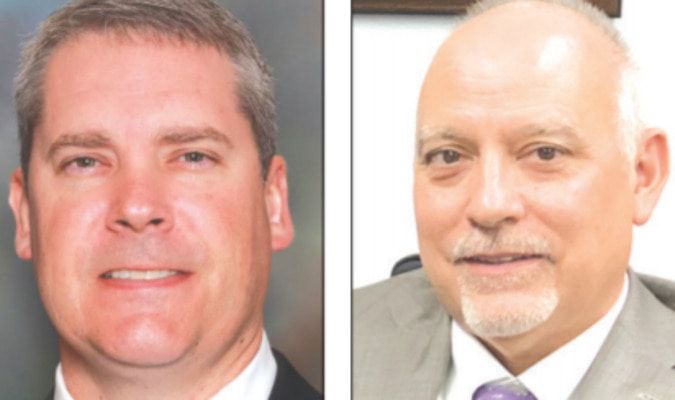 Jason Boesch remembers growing up on his familys farm, raking hay in the mornings while driving a Minneapolis Moline Model U tractor. Boesch’s family has farmed near Blackwell for more than 100 years. And for as long as his family has had electricity, that electricity has come from Kay Electric Cooperative.

“From the earliest age, I remember the electric co-op and how valuable it is to members out here on the rural farms,” he said. “I always respected Kay Electric.”

Now, Boesch does more than respect the company. He leads it.

Boesch, a Blackwell native with more than two decades of experience working with rural electric cooperatives, became Kay Electric’s CEO in January. Tim Rodriguez, the retiring CEO, will have his last day in the office at the end of February. Boesch applied for the CEO’s job in 2020 after Rodriguez announced that he planned to retire. Boesch said coming home to lead Kay Electric was a “natural fit” for him.

“It’s good,” he said. “I spent half my life growing up here. I’m very familiar with Kay County. I’m glad to be back and see a lot of familiar faces and friends.” Boesch is the son of Charles and Berneita Boesch, who farm east of Blackwell. Jason Boesch grew up attending a rural country school and graduated from Blackwell High School.

After high school, he attended Oklahoma State University, where he obtained a bachelor’s degree in accounting and a master’s degree in business administration. Boesch started his career with rural electric cooperatives in 1997 after graduating from OSU. The Oklahoma Association of Electric Cooperatives hired him to manage Energize Credit Union, serving rural electric employees as well as employees of Pioneer Telephone Cooperative.

“Both of those are helpful in this industry because there is a large amount of regulation,” Boesch said. “In an organization this size, to have the financial understanding and backing from the CPA license, that’s also important because there are a lot of dollars that it takes to operate this organization.” Boesch has worked with Kay Electric management and attended the cooperative’s annual meetings for years, he said. He praised Kay Electric’s leaders for keeping the co-op financially healthy and providing good customer service.

“My leadership will be very similar to Tim’s, very financially focused, very efficient, and pru-dent in all the decisions we make,” Boesch said. “We want to have low risk and an effective and efficient electric coop.” Rodriguez was on the board of the Energize Credit Union when Boesch was hired. Ever since, Boesch has looked up to Rodriguez, he said. “Tim’s been fantastic,” Boesch said. “He’s a longtime electric co-op industry contributor. … He’s going to be greatly missed among our group of electric co-op leaders.”

CHALLENGES FACING INDUSTRY The electrical industry is a changing one, Boesch said, and it’ll be up to industry leaders to find innovative, reliable ways to provide electricity to customers. “There are many changes occurring across the country, especially with the addition of renew-ables – wind and solar – and so we’re trying to effectively enter those into the ‘mix’ of our power supply,” Boesch said. “Sometimes, that’s challenging because those aren’t always available.”

That issue was highlighted in February, when ice and snow blanketed the Midwest. Across the region, some solar panels were covered in snow, and some wind generation turbines were fro-zen. Thermal energy sources, such as natural gas, also failed during the frigid temperatures, according to USA Today. The Southwest Power Pool, which operates the region’s electrical grid, used rolling power blackouts to temporarily reduce strain on the grid.

“It does take a number of factors to ensure that, when our members turn the light switch on, that there’s power there, whether the sun or wind is available,” Boesch said. “We always have to be able to have a proper ‘mix’ of that with our traditional fossil fuel sources.” ‘THE BEST CANDIDATE’ Rodriguez started his career with rural electric cooperatives at the Alfalfa Electric Cooperative in Cherokee in 1983.

He started working there as a staff accountant, and in 1989, he came to Kay Electric to work as an office manager. He became the company’s CEO in 2014 after longtime CEO Joe Harris retired. In Rodriguez’s time at Kay Electric, the cooperative solidified its finances, something Rodriguez said he is proud of.

“Coming out of our 2002 ice storm, we were kind of crippled financially,” he said. “It took us a long time to get back to where we needed to be. In the last seven years, we’ve really concentrated on getting our finances very strong, which they are.” Rodriguez and his wife, Deborah, a longtime school teacher, will soon move to their farm near Gage in western Oklahoma. Rodriguez said they plan to travel and spend time with their two-year-old grandson.

“We’re going to look forward to smelling the roses, so to speak,” he said. Rodriguez said he is grateful for Kay Electric’s employees, whom he often calls the “A-Team.” He also said Kay Electric employees and customers are lucky to have Boesch at the helm. “Our board did an excellent job,” Rodriguez said. “Before they ever hired, they spent sever-al months discussing the process that they’d use to hire the next CEO. … The result was that they got the best candidate they had that applied, and I mean that sincerely. Jason is the one that needs to be there, and he’ll do an excellent job.”

Rodriguez isn’t the only person who is glad that Boesch is in Kay County. Charles Boesch, Jason’s father, said he and his wife are “tickled” that Jason has come back. “We’re just awful proud of him,” Charles Boesch said. “He came from a little country school, and some of those kids have really done well.” Charles Boesch said he and Berneita are eager to spend more time with Jason and his family. Jason’s wife, Candice, is a library media specialist at Piedmont Elementary School, and his son, Jacob, is a freshman in high school. Jason Boesch still occasionally helps his father on the family farm, just as he did growing up, Charles Boesch said.

“He’s got really good work ethics,” Charles Boesch said. “We never told him anything, he just took off and did what he needed to do. And that’s what we were so pleased with.” Now that he’s back home, Jason Boesch said he hopes to keep serving Kay Electric customers – like his mother and father – well. “Our family’s been here for over 100 years and have been members of Kay Electric since Kay Electric was founded back in the 1930s,” he said. “We’ve been in Kay County for a long time and, hopefully, a long time to come.”