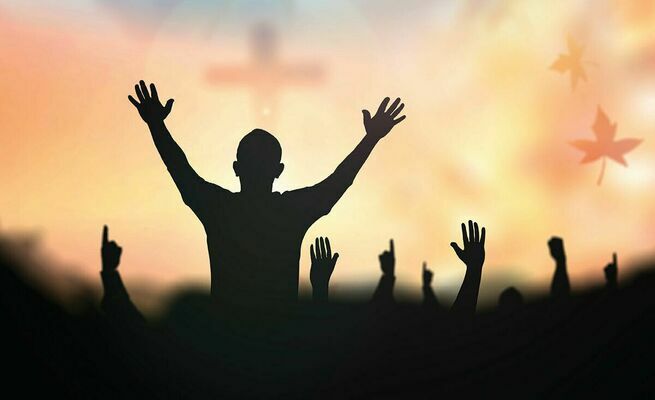 It feels like the freeze we just went through was a metaphor for how we have felt spiritually, emo-tionally, and psychologically since last March. In one way it was hard to do anything but suffer from something outside of our control. It was hard on everything.

On one of the coldest mornings when I went to start my car, it protested to being started. It sounded hurt and argumentative to being asked to operate in such extreme conditions and would have liked to remain undisturbed while it slept. The same goes for most Christians, and churches these days. We could blame it on various aspects of our world.

Matthew 24:12 states, “Because of the increase of wickedness, the love of most will grow cold.” Whatever you believe I think we could agree there has been an increase of hate, hope-lessness, and blaming of people groups and belief systems for these issues.

Since nothing seems to be changing, many have decided to go to sleep, or adopt the mentality of “wake me when it’s over.” Sadly, going to sleep, or being an ostrich who sticks their head in the sand accomplishes nothing.

What will cause us to rise from our slumber? What could possibly help to thaw our frozen hearts, and spirits? REVIVAL! The Lord put on my heart some time ago to plan a city-wide revival for Blackwell. Praise God it has come together! We will be having a citywide revival aptly named, “Revive Blackwell” on March 31st through April 3rd.

I have talked to many of the other pastors in town, and they were excited about being in-volved in it. My heart for this revival is to save the lost, empower every believer, and glorify God in spirit and truth. I want every church to be strengthened by this revival, and every church member to be set on fire or have their fire rekindled to serve the LORD with gladness, motivation, and in-spiration once again.

If you are currently serving the Lord, I pray that it would help you to perse-vere so you will not grow weary doing good. My prayer is that this would bring the Christians of Blackwell together across denominational lines like I have been told was done in years gone by. We might as well get used to each other, since we will be together in heaven forever. For the decisions that will be made, the decision cards will be distributed evenly among the churches of Blackwell so it will not seem like I am trying to grow my church out of this.

My prayer is for every church to be strengthened, for new Christians to be led to a local church in Blackwell that God wants them to serve and attend at, and for the prodigal sons and daughters to come back home from wherever they have gone to.

Some quotes about revival from great evangelists of the past. Billy Sunday said, “When is revival needed? When carelessness and unconcern keep the people asleep.” Charles Finney summed it up, “A revival is nothing else but a new beginning to obedience to God.”

R. A. Torrey stated, “Every true revival…has had its’ earthly origin in prayer.” An illustration I would like all of us to take to heart before the revival follows. Due to the report of successful revivals by a prominent evangelist, a certain preacher approached the revivalist to ascertain the secret of his success.

He was asked to explain the best method to start a revival. The answer was: “Brother, go back home, lock yourself up in a private room.

Take a piece of chalk and mark a circle on the floor, get down on your knees inside the circle, pray God to start a revival inside this circle. When this prayer is answered, the revival will be on.” Please be in prayer for the revival on March 31st through April 3rd.

I pray that we would be bold enough to invite those lost sheep and prodigal sons and daughters who have wandered away. Pray for protection from the attacks of the enemy. Thanks in advance, and I look forward to seeing you there.

Mike's Musings: Spring is a time for rebirth- h...

Cody's Corner: The Duality of God