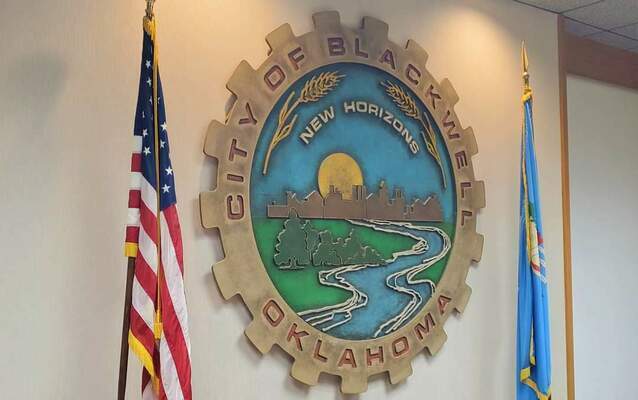 The Blackwell Tourism Development Board took to social media in late February to object to a new funding agreement being proposed by the City after its last agreement between the City and the Tourism Board was discovered to have expired. The proposed agreement prepared by City Manager Janet Smith and City Attorney Bryce Kennedy, listed a scope of services that included events the Tourism Board has been successful at conducting over the last several years. This agreement was drafted to provide continued funding through the current fiscal year that ends June 30, 2021.

In a response posted by the City on its Facebook page, the Tourism Board was invited to the Feb.18 City Council meeting to discuss the issue. Unfortunately, the weather situation canceled the meeting, and the council will not meet again until tomorrow, March 4.

During a meeting of the City Council in January, there was an agenda item to discuss a possible change to the current ordinance creating the Tourism Development Board, and also an item to discuss the proposed funding agreement. The proposal by the city manager funds the tourism board $42,000 a year ($3,500 a month) to help promote the tourism of Blackwell.

The BJT has learned that there was at least one meeting between the City Manager, members of the Tourism Development Board, and Mayor Steve Marquardt to discuss the proposals and come to agreement. Also, Councilmember Julie Green attended a Tourism Board meeting held at the Chamber to try and come to an agreement. Neither of these meetings were productive in solving the issues.

During the council meeting in January, several members of the Tourism Development Board attended and voiced their opposition to the new funding agreement and to the ordinance. The Board reasons presented reasons for disapproval as preferring to work of barn quilts and paint, to a list of events would stifle their creativity, to complaints that the scope of activities was too extensive for a volunteer board.

The Board did not discuss a reduction of the $42,000 annual appropriations from the City, in light of the reduced number of events the Board would approve. After almost an hour of discussion between the Tourism Board representatives and the Council, the items were tabled with no direction given to City Management for concluding the matters.

The Hotel/Motel Tax increased from 6% to 8% in 2019, due to a vote of the residents to approve the bigger rate.

The City not only funds the Tourism Development Board from this tax, but also provides the Top of Oklahoma Historic Museum $30,000 annually for their operational budget. The eight-percent tax raises approximately $190,000 a year annually for the City. Also, there are allocations of approximately $50,000 for personnel costs out of those funds, and $10,000 for fireworks, and $6,000 for marketing, advertising, and website costs. That leaves the city $52,000 a year for debt service or other major projects within the city.

The Tourism Board is appointed by the City Council and their work is governed by ordinance and a funding agreement that lists a scope of services that the City would like to have the Board continue working on. The contract also indicates assisting the promotion of Chamber events, even though the Chamber of Commerce turned tourism over to the city in 2019 shortly after the hotel/motel tax vote was approved. The Chamber recently terminated its director, John Robertson, citing “funding issues”.

The City has paid the Board $3500/month since July 2019, to promote their tourism efforts. Financials obtained by the BJT for the Tourism Board, show an amount of $63,737.37 that was deposited in February 2020, believed to be the balance owed to Tourism by the Chamber after they became a Board under the City. The most current financials show expenditures of rent to the Chamber of $450/month, about $800/month on average for a paid staff person, and approximately $250/month on marketing and advertising. No other expenses of note are listed. Annual Barn Quilt maintenance is only listed at $250 for the year.

In the Tourism Board Facebook post, the Board stated that they were assured that funding would continue and not to be concerned.

City Manager Janet Smith says, “This assurance could never have been made outside of a Council meeting where the funding agreement was approved by the City Council, and the fact that the funding agreement had expired in June 2020 was the very reason we made so many attempts to renegotiate a new agreement that would comply with state standards.” According to the City’s financials, the last payment made to Tourism was in January 2021.

Most Hotel/Motel Taxes are designated for specific things, so if the tax revenue is down the tourism budget automatically takes a hit. For example, in Perry, all their hotel/motel tax revenues go to running their softball and baseball complexes and pays for a director to run them. In Guthrie they only collect four-percent for hotel/motel tax and part of the money goes to the parks department and the rest goes to tourism. Guthrie also has a tourism director, and that salary is paid for by the tax under administration costs.

The City of Blackwell and Tourism Board will once again discuss the matter this Thursday, March 4, at the City Council meeting.