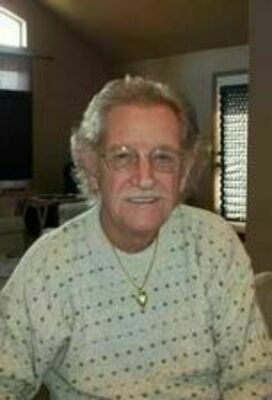 Jess Allen Sutton was born September 25th, 1943 and died March 9th 2021.  He was a native Texan but joined the U.S Army where he served his country honorably.  He served during the Vietnam War while stationed with the infamous 101st Airborne Division, known as the "Screaming Eagles", where he earned a Bronze Star for bravery.

Jess was a longstanding member of the Blackwell community where he and his dear wife Rose often won "Yard of the Month".  He served the community for over 35 years as a Service Manager for Jerry Brown Ford, Jim Crossland Ford, and Jack Bowker Ford before retiring.

Jess is proceeded in death by his parents, Jess Oliver and Linnie Mae Sutton and his dear wife Rose Sutton.  He is survived by his only sister Wanda Platts, his four children: William Randall Garrison, Michelle Elaine Westbrooks, Tisha Mae Sutton, and Wanda "Sonny Covington, along with 15 grandchildren, 5 great grandchildren and 1 on the way.

He will be greatly missed by all.

Funeral Services will be held Monday March 15th at 11:00 am at the 1st Freewill Baptist Church in Blackwell, OK.  All are welcome to attend.  A graveside service will also be held shortly after at the Billings Cemetery where we will lay him to rest beside his loving wife Rose and his mother Linnie Mae.