ZACK SNYDER'S JUSTICE LEAGUE is a 4-hour opera of redemption 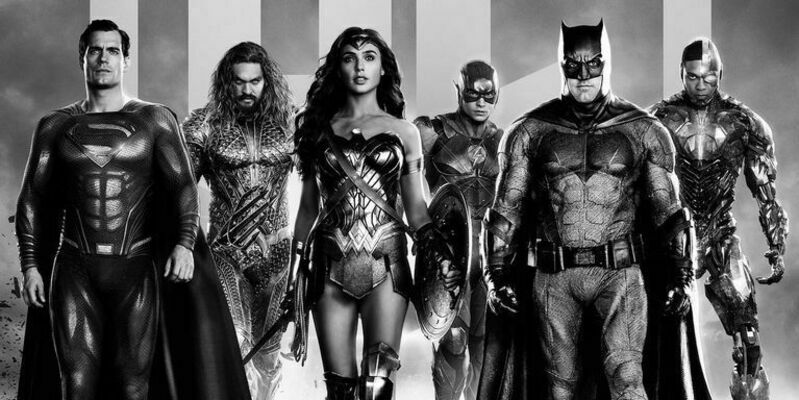 “I don't care how many demons he's fought in how many hells. He's never fought us. Not us united.”

This past weekend saw the long-awaited release of ZACK SNYDER’S JUSTICE LEAGUE, a mesmerizing 4-hour opera that presents itself as the true intended vision of director Zack Snyder’s Justice League film, which was originally released in a mangled, butchered, 2017 disaster that came as the result of severe behind the scenes drama after Snyder departed the project due to a death in the family, causing Warner Brothers to bring on Joss Whedon to reshape the film as a more “clean cut” family-friendly “Marvel Studios” ripoff.

To go into full detail on the drama that has gestated since 2017 on this fabled director’s cut would take up about five pages, so I’ll leave that to you- the reader- to research. Just know that the JUSTICE LEAGUE you saw in 2017 is not this. Not at all. Not even close. This is a COMPLETELY different beast.

ZACK SNYDER’S JUSTICE LEAGUE opens following the events of 2016’s BATMAN V SUPERMAN where Superman (Henry Cavill) sacrificed himself to slay the monstrous Doomsday. Motivated and changed by Superman’s death, Bruce Wayne aka Batman (Ben Affleck) is determined the protect the world from an approaching threat of disastrous proportion.

To do so, he must enlist the aide of a teenage speedster (The Flash; Ezra Miller), an Amazonian warrior-princess (Wonder Woman; Gal Gadot), an Atlantean brute (Aquaman; Jason Momoa) and a walking super weapon (Cyborg; Ray Fisher) to form a League in an attempt to repel a deadly alien menace known as Steppenwolf from acquiring three ancient artifacts to pave the way for the homecoming of his methodical, powerful, master.

In 2017, my review for the theatrical cut of JUSTICE LEAGUE read as such, stating “The final result is something that is wholly, consistently, fun and funny but sloppy and messily arranged”. That cannot be said at all for this film.

Zack Snyder’s 4-hour vision is an untamed, unrestricted, masterpiece. An artist’s singular vision. ZACK SNYDER’S JUSTICE LEAGUE is a towering film that holds our superheroes to a Biblical scale. These titans move and manifest themselves like gods, from Batman’s hulking physique and gadgetry to the way The Flash flings himself through time and space as he speeds, maneuvering his body like a meditative swimmer.

Scenes like Aquaman returning to the sea while Icelandic villagers sing foreign hymnals to honor him and retrieve his discarded sweater to cradle and smell it recall a sense of wonder and awe that we’re supposed to feel and expect when we think how these superheroes would be treated in our own world. Scenes like when The Flash rescues his newfound crush Iris West from a car accident in super-slow motion set to Rose Bett’s haunting cover of Tim Buckley’s “Song to the Siren” in a twister of tone that is both hilariously joyful yet longingly romantic, reminding us that comic book films don’t need to be sexless, juvenile, action movies.

ZACK SNYDER’S JUSTICE LEAGUE is operatic, grandiose, and crowd-pleasing while being intimate and moving in motions so fluid and subtle that you see the blended colors fading and swirling from scene to scene, creating a decadent watercolor of hope and vision. This isn’t just the way you were meant to see “Justice League”, this is the way you were meant to see comic book films.

This cinematic achievement is available to watch right now on HBO Max.