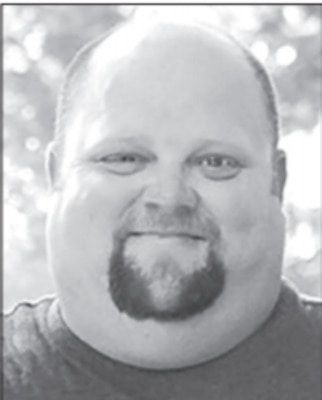 Jack “J.D.” Dewayne Key (age 39) passed away on Thursday March 24th at Hilcrest Medical Center in Tulsa due to the effects of Covid-19. He has been the beloved husband of Lacy Imogene Key for the past 16 years.

Born in DeQueen, Arkansas, he was the son of Jack Key and Doris June (Key) Gates. He graduated from Blackwell High School in 1999 and attended Northern Oklahoma College (Tonkawa) and Rogers State University (Claremore) where he was pursuing his Bachelors in Science in Business Administration. Through January he had been employed as an Operations Supervisor at Ultimate Service Associates but was scheduled to begin work at Hawthorne Gardening in March as the Distribution Supervisor.

He also served as the founder and Chief Executive Officer of Wild Meat Mafia and the Cheerleader in Chief of Confetti Blvd. He was a member of Church on the Move in Tulsa, Oklahoma, where he served on the host team. From hunting to fishing to playing disc golf in the park he spent every moment he could outdoors. A true grill master, he loved to smoke and grill meats. He was the families’ biggest supporter and memory maker champion in life’s adventures, business pursuits, family bucket lists and sporting events

He is survived by his wife, Lacy; son, Jackson; daughter, Emma; and step-dad, Pete Gates and mother, Doris Gates and his loyal four-legged companion, Handsome. He was proceeded in death by his father Jack Key and son, baby Landon. The graveside service will be held on March 26th at 2:00 at Blackwell Cemetery at 2244 S. Main St, Blackwell OK 74631. Memorial donations may be made to the families Go Fund Me at https://gofund.me/f3319f9e On-line condolences can be made at www.robertsandsonfh.com