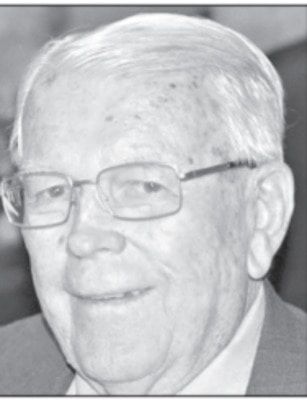 Bobby Gene Tarpenning, age 86, passed away on March 19, 2021 in Burleson, Texas. Bob was born in Arkansas City, Kansas, on July 5, 1934 to Durward William Tarpenning and Ellen Marie Barger Tarpenning. He graduated from Blackwell (OK) High School in the class of 1952. He enlisted in the United States Air Force in 1955 and served for four years.

After his service, he began his career at the Federal Aviation Administration and retired as an Electronics Engineer after 30 years. Bob had a lifelong passion for cars and was active with local clubs HCCA, AACA, Hudson Club, NTCA, and several others.

He indulged his love of antique vehicles owning and restoring a 1915 Model T, a 1929 Chrysler, a 1954 Ford Victoria, Covairs, Nashes, Hudsons, and many others. Bob is survived by his wife of 23 years, Patsy Sue Starnes Tarpenning; daughter, Virginia Lynn Tarpenning Richards; daughter-in-law Christine Kissel Tarpenning; granddaughter Jennifer Aspen Tarpenning; and former spouse Emily Ryan Tarpenning. He was preceded in death by his parents, son Michael Darrin Tarpenning, and son-in-law Roy Martin Richards, Jr. Arrangements are being handled by Laurel Land Funeral Home of Ft Worth, Texas