Foolish songs for April Fool's- from lovers to losers 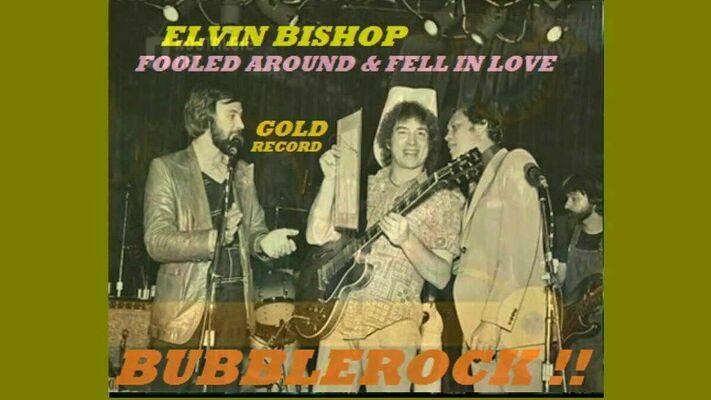 Tomorrow is April Fool’s Day. And who doesn’t like to fool around a little bit with a good song? April Fool’s Day is dedicated to many groups of people. Politicians. Celebrities. Flunkies. People who write newspaper columns.

And it’s especially dedicated to star-crossed lovers who just can’t seem to make a go of the romantic realm.

No matter how you celebrate April Fool’s Day – whether you’re busy pulling pranks or realizing what a buffoon you really are – here are six songs to help you be as foolish as possible.

No. 1: “Why do Fools Fall in Love” by Frankie Lymon and the Teenagers.

If you’re a fan of “American Graffiti,” you’ve undoubtedly heard this song. Dozens of artists have covered it through the years, but there’s nothing like the original, which earned a high-ranking spot on the Billboard charts after it was released in January 1956. This piece laments the struggles of teenage relationships, which are all too often fleeting.

No. 2: “Fooled Around and Fell in Love” by Elvin Bishop.

Seen “Guardians of the Galaxy?” The movie series isn’t anything too special. But the soundtrack makes it a favorite for movie maniacs and music buffs alike. Songs like this one have stood the test of time and are still “must-hears” for young folks like me (though I must admit I’m old at heart). The song was released in 1975 and tells the story of a guy who unintentionally falls in love with a young lady.

No list of love songs would be complete without a country song talking about lust and loss. And if anyone can talk about heartbreak, it’s country crooner Randy Travis. Travis has performed some moving pieces throughout his career, and he was actively cutting new albums until he suffered a stroke. What makes this song unusual is that it was released in 2020, well after he lost his ability to perform. It turns out he recorded this tune early in his career but didn’t release it. Luckily, after years of searching, the sound was rediscovered and produced, giving country music fans a bright spot in an otherwise dreary year.

Here’s a name I bet you haven’t heard in a while. Ricky Nelson was a teen sensation in his day, and he too capitalized on the demand teenagers had for sad love stories. “Poor Little Fool,” recorded in 1958, was based on a failed relationship between young celebrities. It also reached a high spot on Billboard charts.

No. 5: “Famous Last Words of a Fool” by George Strait.

Few sounds compare to the lonesome wail George Strait, the King of Country Music, makes in this 1988 charttopper. The story of a hopeless romantic who tries too many times to revive a love long dead and gone, this song evokes a modern Hank Williams vibe (though not nearly as nasally).

Unlike “Famous Last Words,” the downtrodden and heartbroken can relish in victory with this tune. It tells the story of a lover done wrong who wises up to the situation and hits the road – and not without getting in the last word. The tune was released in 1992.

So, fellow fools, have I missed any good ones? If I have, let me know. When you’re a musical fool, it’s hard to keep everything on the right track – soundtrack, that is. Happy April Fool’s Day, Y’all

Letter to the Editor: Vote for Julie and Steve-...