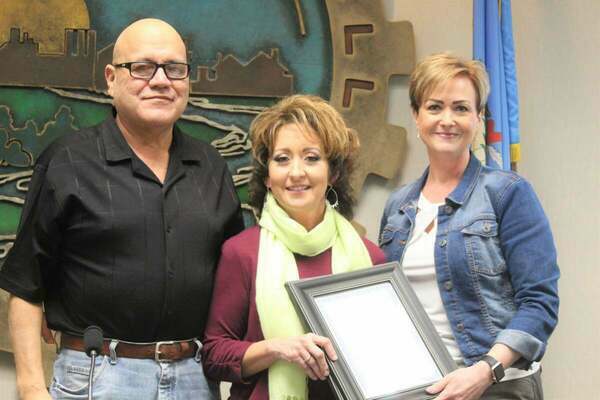 The City of Blackwell will be looking for a new city manager after the city council terminated Janet Smith on April 8 on a 3-2 vote. Robert Husted, who was just sworn in as a city councilman earlier in the week made the motion and got a second from Jon Webb. Richard Braden sided with the two councilman and terminated Smith.

The vote came during a special city council meeting to discuss the Blackwell Police Department Investigation concerning the alleged acts and/or omissions of an officer and his supervisor, and to discuss the continued employment of Smith as City Manager. The council went into an executive session and came out approximately 35 minutes later. Mayor Steve Marquardt announced no action was being taken on the police investigation at this time.

That is when the fireworks started. Outgoing city councilwoman Julie Green made a motion to accept Smith’s resignation. Before a second could be made, Husted made a motion to terminate Smith, to which Green replied, “are you kidding me.” Blackwell City Attorney Bryce Kennedy told the council, Green’s motion had to be dealt with first.

Marquardt seconded Green’s motion and called for the vote. Green and Marquardt voted to accept the resignation and Husted, Webb, and Braden voted against it, so the motion failed.

Husted quickly made his motion to terminate and with a second the vote was called for, this time 3-2 to terminate the city manager.

This will be the third city manager the council will have to pay a severance package on since 2014 with Mark Skiles ($125,459), Chip Outhier, ($31,755) and now Janet Smith ($57,458 plus benefits). The Smith termination also comes a week after the council voted to give Smith a $5,000 evaluation bonus on April 1. Had the council accepted Smith’s resignation, they could have been on the hook for as little as 30-days of salary and benefits.

It has been a rocky two years for Smith as Mayor T.J. Greenfield and Webb called a special meeting in February of 2019, one month after she was hired to discuss her performance, the vote to go in executive session failed and Smith stayed. Then later in 2019 Smith asked for a year long contract instead of working on a month-to-month agreement, and that was eventually passed on a 3-2 vote.

The new city manager will have some big projects to be worked on for whoever the council eventually selects. The new fiscal year budget must be done and approved, there are four major loans that were discussed at the April 1 city council meeting, discussion on a new water treatment plant, the police investigation, and the ongoing discussion on use of the softball parks just to name a few items.

The council also recently approved a new agreement with the tourism board and the new city manager will have to follow up on that. There is also the pending release of the Oklahoma State Audit that was done in 2020 that has yet to be released into city spending practices before Smith’s arrival.

The Blackwell Journal-Tribune will update these issues as they are resolved.