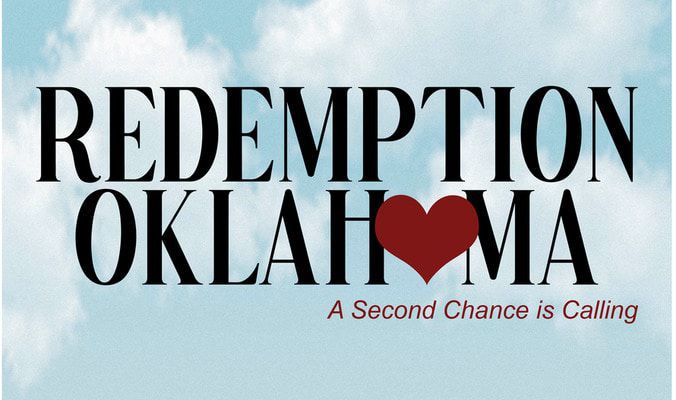 Lights, camera, redemption! Blackwell, Oklahoma, is about to be home to a major production from GCM Media. And it’s about to be known by a new name: “Redemption, Oklahoma.”

The faith-based TV drama is being pitched as a “spiritual” spin on similar small-town dramas such as “Twin Peaks,” “The Waltons,” “Picket Fences” and “Virgin River.”

A single mother by the name of Mary Sims moves to the idyllic small town of Redemption, Oklahoma, and is looking for a second chance when fate puts her in the path of Pastor Jack. But she’s not the only lost soul that finds Redemption – or whom Redemption seems to find.

“Our goal here is to heal a divided nation by starting in the middle,” creative director and Blackwell native Tray Goodman said. “It’s called the Heartland for a reason. We want to create a genuine, true, faith-based drama that comes off as sincere rather than hokey or forced.” Goodman and his team of producers, writers, and directors from GCM Media – Rusty Case, Tamara McDaniel, Sam Erdmann and Mario Chioldi – stopped by Prairie Smoke BBQ on Main Street in early April.

They were in the area, scouting locations and seeing how their story will play out when it is fully realized. This will make the second major local production following Netflix’s “Hunting Jessica,” which filmed in Newkirk in 2019.

“This is going to be a legacy for Blackwell,” Goodman said, “similarly to how Schuyler, Virginia, has the Walton’s house B&B and became the ‘home’ of that series. We see that for Blackwell, for being the center of ‘Redemption.’” Goodman said “Redemption” is the start of a future in major productions taking place in and around Kay County.

And “Redemption” won’t just be touching the lives of the fictional vagrants on-camera. It’ll be directly benefitting Blackwell residents off-camera as well.

“The dollar stays here in Blackwell,” said Tamara McDaniel, producer and casting director for the series. “Productions like ours bring in catering, HVACs, electricians, transportation, costumes, shopping, other expenses. … All of that stays here, circulates here.” Writer Mario Chioldi talked about the process behind putting “Redemption” on the page, noting that the episodes will be “linked” with a loose overarching plot. However, they won’t have to be viewed consecutively.

“Our goal is to present something that can be watched as a whole, or something you can show an episode of to someone and they don’t need an entire season to set it up,” he said, making loose anthology comparisons to iconic works like “The Twilight Zone.”

“We want good stories that people will remember – wholesome family entertainment that doesn’t seem like it’s plucking the ‘low-hanging fruit’ that faith-based media seems to be taken as,” he said. “People think Christian entertainment is stereotypical and that people who watch it don’t like to be challenged. Well, that’s not going to be our show. It will be challenging. It’ll be fantastical and real.”

A key phrase the production team made note of was “persuasive cartography,” explaining that “Redemption” is a place with many paths, and not all of them would be “right” or “easy.”

“It’s a mysterious sort of place that means different things to different people,” Goodman said. “Redemption, Oklahoma,” will take inspiration from many locations, people and stories in Blackwell and the surrounding rural areas, with the goal being to provide a sincere representation of Blackwell and Kay County without it coming off as “fake” and “rehearsed.” “We’ve been taking great care of stories people have shared with us,” Goodman said. “We want to make this a very involved series.

If people have stories they would like told, I would strongly encourage them to message me on Facebook or e-mail me at tray@wecrushthebox.com.” Goodman said he expects the series to be an easy “sell” to platforms and studios such as Sony Television, Netflix, HBO, PureFlix and Hulu, among others. He said production will begin by the end of the year.

So, expect to see Blackwell become “Redemption” before you know it.