From the OKC bombing to the Coronavirus pandemic: cherish life 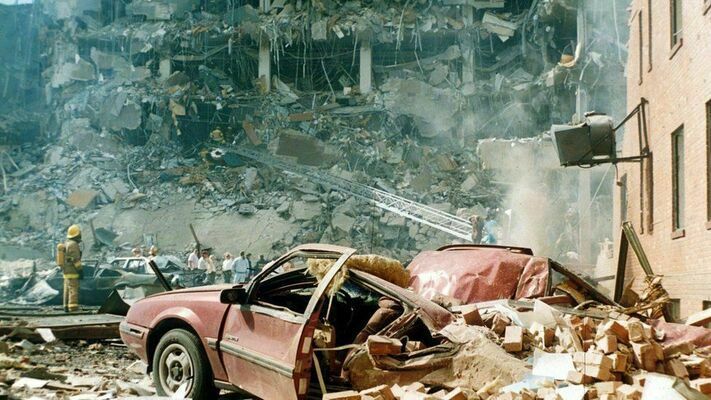 I wasn’t even a thought on April 19, 1995. I was born in 2000. That’s why that April day is hard for me to understand. On that fateful day, terror struck America’s Heartland: Oklahoma City. Anti-government extremists blew up the Alfred P. Murrah Federal Building in Oklahoma City, killing 168 people and injuring hundreds more.

My family members can tell me exactly where they were and what they were doing when the world seemingly stopped turning that day. What I can’t tell you is what it felt like. I didn’t feel the ground shaking beneath my feet. I didn’t hear a thunderous explosion emanating between downtown skyscrapers. I didn’t see from 20 miles away a black plume of smoke rising from Oklahoma City.

I didn’t lose anything. I wasn’t there to witness how this horrible event forever changed the course of our nation – and our world. But I’m alive today, and I’m witnessing something much like that bombing: I’m watching the world endure the coronavirus pandemic. Still. Like the bombing, the pandemic is hard for young people to process. One year ago, some of us were of the mindset that we could fight it off. That we could “flatten the curve.”

Then April came. People started dying. Businesses closed for good. People were stripped of their livelihoods and their lives – all by a silent and deadly killer. The bombing was anything but silent. Still, one can draw a few parallels between the bombing and the pandemic. The first similarity: People – innocent people – have been needlessly killed. Some of these people are our neighbors. Our coworkers. Our friends. Even our family. We’ll never see them again.

The second similarity: Both events have a worldwide impact. The bombing took place in Oklahoma City, but the people whose lives were disrupted and cut short had families and friends elsewhere. Each person in the federal building that day touched the lives of others in a unique and special way. They had a reach far beyond the city limits of the capital city – just like the people we’ve lost because of the coronavirus.

It’s spread around the world, claiming lives in almost every nation, state and town. The third similarity: Life was never “normal” after the bombing, and it won’t be “normal” after this pandemic, either. The federal building was never built again. Oklahoma City grew larger than ever before and took on a completely different look. Security measures around the nation were tightened.

After this pandemic ends – whenever that may be – we’ll have businesses that never reopen. We might not shake hands like we used to. We might not even return to movie theaters and other public places as we did in the days of old – the days of, well, a little more than a year ago. Kind of like how the world changed in the two minutes from 9:01 a.m. to 9:03 a.m. on April 19. It’s easy to see that both the bombing and the coronavirus have killed people. That’s a base observation. The bombing is one chapter in our lives, and the pandemic is another. But death and destruction should not – they cannot, and they will not – be the final para-graphs in either chapter.

After the bombing, Okies coined the term “The Oklahoma Standard.” We came together, helped one another, and loved one another. That’s what the standard represents: unity, brotherhood, and love. Oklahoma got through the bombing, and Oklahoma inspired the world. How? By living out our standard. But what does that mean for us today? The fourth similarity: We got through the bombing – and we’ll get through this pandemic. Yes, we’re still in this together. We’re all fighting a common battle. In 1995, terror. Today, disease. We’re doing what we have to do in order to win. We made masks for healthcare workers. We donated protective gear to first responders. We stayed home to stop the virus’s spread, and we took groceries to people who were stuck at home. We’re also doing these things: We’re communicating. We’re staying close to our loved ones.

We’re cherishing every minute we have with them. We’re working with our friends and neighbors to keep the people on the front lines well-armed in the fight against the coronavirus. We’re coming together. We’re helping one another. We’re loving one another. No matter what part of Planet Earth we’re from, we’re all living the Oklahoma Standard – just as we’ve always done. I wasn’t there in 1995, but I’m here today. I’ve learned a lot about what my loved ones saw 26 years ago. And now, I’m living it myself. But through the dark clouds of despair and fear, I’m seeing something more powerful than any bomb or any disease. One year in, I’m still seeing the Oklahoma Standard. And I’m seeing it in us. Now, I understand it all.