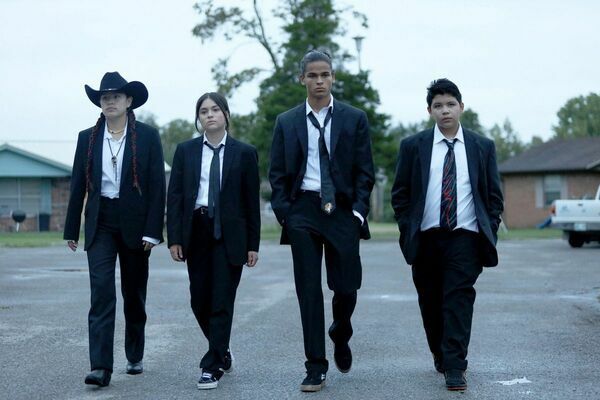 OKLAHOMA IN THE SPOTLIGHT With the Academy Awards coming up next weekend, I was doing my usual research into the candidates when I discovered something interesting about the Asian-American “American Dream” drama MINARI...it was filmed right here in Oklahoma! Tulsa, to be exact.

If you’ve seen the film you will, of course, know that it takes place in the Ozarks. Specifically Arkansas. But still, that’s a pretty huge ordeal. Lee Isaac Chung, MINARI’s director, is not the first high-profile director to use Oklahoma’s earth to plant his tripod. Nor will he be the last, as Martin Scorsese himself is shooting KILLERS OF THE FLOWER MOON For Apple/ Paramount right here, just a stone’s throw away, about the birth of the FBI and the Osage Nation murders.

I wrote last week on the faith-based drama “Redemption” preparing to use Blackwell for it’s setting and to house the entire production here in Kay County. I had also mentioned Netflix’s “Hunting Jessica” which wrapped officially in December 2020 and should be airing sometime soon.

What else is going on in Oklahoma? Well, let’s look.

Last year the Bella Thorne-fronted “Bonnie and Clyde/ Natural Born Killers” hybrid INFAMOUS filmed in and around Guthrie, and was released to drive-in theaters across the nation as it was in the midst of the Coronavirus pandemic. While I never saw that feature, it wasn’t the only film to be produced just a few miles down I-35.

The Matt Damon drama STLLWATER (aptly named) also did a lot of filming down and around the Guthrie/ OKC/Stillwater area. It has yet to be released.

“Reservation Dogs” is filming in Oklahoma as well. This Native American dramedy follows a group of vigilantes and trouble-makers on an Oklahoma Indian Reservation. The series is the product of Oklahoma’s own Sterlin Harjo, an independent filmmaker who has captured the state’s essence in several of his dramas. Also on board is JOJO RABBIT director Taika Waititi.

Oklahoma native Kyle Kauwika Harris recently filmed his crime drama OUT OF EXILE in the state as well. I inspirational filmmaker Sean McNamara also assembled a stellar cast including Dennis Quaid and John Voight for REAGAN, a drama about the late president. Filming also took place here in Oklahoma as the COVID-19 pandemic restrictions lessened.

The Oklahoman just published a piece on Oklahoma’s lavish new title as “Okiewood”, and caught up with the production of “American Underdog” and “The Unbreakable Boy” two films starring SHAZAM! Hero Zachary Levi, both filming here in the Sooner State. Oklahoma has a lot to give as a land ripe for filmmakers to plunder. Which one of these shows or movies are you most excited to see?