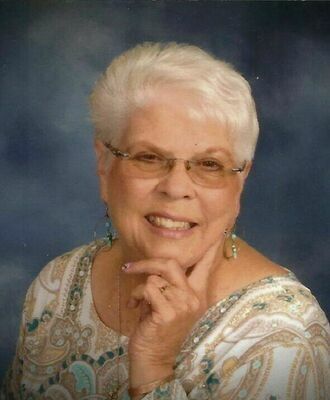 Gloria Ann Simunek of Blackwell, Oklahoma, went to be with her Lord on Monday, April 19, 2021, at her home east of Blackwell at the age of 74 years.

Gloria Ann Simunek was born on September 26, 1946, in Blackwell to Max and Thelma (Buster) Lynes. She grew up in Blackwell and attended Lost Creek School and Blackwell Public Schools graduating with the class of 1964. She married Rudy Wayne Simunek on February 20, 1965, in Blackwell and they settled in Blackwell for a year before moving the family to Hennessey.

In 1967 they returned to Kay County and settled on a farm east of Blackwell. Besides serving her family as a homemaker, she owned and operated her beauty shop for many years and helped her husband with farming operation. Later she worked at several area casinos. Her husband preceded her in death on August 10, 1993, and she continued to make the farm her home.

She was a member of the Braman Methodist Church and enjoyed helping with the annual Thanksgiving Bazaar and Vacation Bible School. She also served on the Kay County Fair Board, the Braman Saddle Club and the Lost Creek Extension Club. She enjoyed traveling, especially taking cruises, making various crafts and attending and cheering at her grandchildren’s various activities.

She was also preceded in death by her parents.

Services are scheduled for 2:00 p.m., Thursday, April 22nd in the Braman Methodist Church with Rev. Daniel Gibbons-Rickman officiating. Burial will follow in the Blackwell Cemetery.

A memorial has been established in her honor with the Braman Methodist Church in c/o Roberts and Son Funeral Home, 120 W. Padon, Blackwell, Oklahoma 74631.