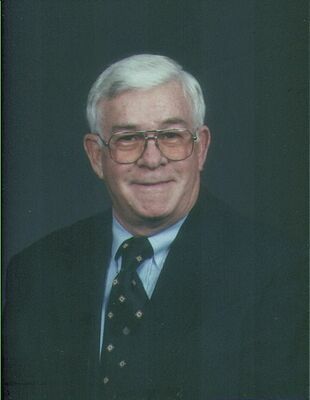 Leslie Wayne Cartwright was born at home on January 31, 1935, in Webb City, Oklahoma. He was the ninth child born to Robert and Fannie Cartwright. Leslie passed away on Wednesday, April 14, 2021, at home from complications due to dementia and heart failure. He was eighty-six years old.

Leslie married Joann Williamson on February 12, 1954. He was a graduate of Blackwell High School. Les and Joann have two sons, Greg and wife Kay of Lake Ozark, Missouri, and Scott and his wife Tracy of Glendale, Arizona. They have six grandchildren: Todd, Robert, Christa, Chad, Chase, and Elizabeth. They have five, great-grandchildren: Makenna, Brecken, Haley, Shane, and Alyssa.

Leslie worked for the Blackwell Zinc Smelter and the Blackwell Pattern Works for twenty years. After that he worked for Baxa Pattern Works. Leslie and Joann were the proprietors of Bowlarena Lanes for fifteen years. For seventeen years, he also enjoyed being a farmhand for Lee Priebe during the annual wheat harvest. Leslie was a longtime volunteer for the Blackwell Red Cross, Wheatheart, and many other volunteer opportunities that Joann wished for him to do. He was a member of The First Christian Church since 1956. Leslie especially loved his family, his friends, and his pets. His lifetime pleasures were fishing, hunting, golfing, and bowling.

Leslie is survived by his wife, Joann, his two sons and their families, his sisters Faye and Bea of Mountain Home, Arkansas, as well as many nieces and nephews, He was proceeded in death by his parents, four brothers, and three sisters.

Those wishing to honor Leslie can contribute to a memorial in his name at The First Christian Church in Blackwell, or the North Central Oklahoma Hospice in Ponca City.

A private memorial service will be held on a later date.