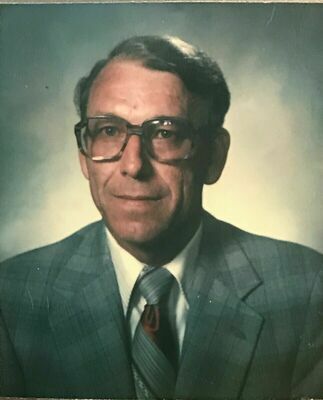 He was united in marriage on November 23, 1952 in Blackwell, Oklahoma to Zella Luan Lucas. This happy union of 68 years was blessed with three sons; Rad, George Jr, David, and a daughter Sarah. The family moved many times, going wherever George was needed as an internal auditor for J.C. Penney before settling in Richardson in 1976.

During high school he joined the Army National Guard and at 17 years old, he answered his call of duty with The 45th Infantry Division to serve in the Korean war from 1950-52. Upon his return to the states, he went to work at Blackwell Zinc Smelter while pursuing his education at Northern Oklahoma Junior College and later graduating in 1958 from Oklahoma State University with a Bachelor of Science in Business. In June of 1958, he began his 26-year career as an internal auditor and audit manager of J.C. Penney. Upon retirement, he opened a private accounting firm in Dallas TX, where he worked until selling his business in 2015.

George will be remembered as an amazing and faithful husband, devoted father, cherished grandfather and great-grandfather, as well as friend, business man, and follower of Christ.

George passed peacefully from this life on Monday April 12th, 2021 at the Medical City of Plano under the compassionate care of Faith Presbyterian Hospice and the seventh-floor staff. The family wishes to extend their sincere appreciation to his amazing medical and palliative care team, especially Leisha - RN, Stephanie - RN, Paige - RN, and the patient care techs; Fernando, Felicia, and Sandy.