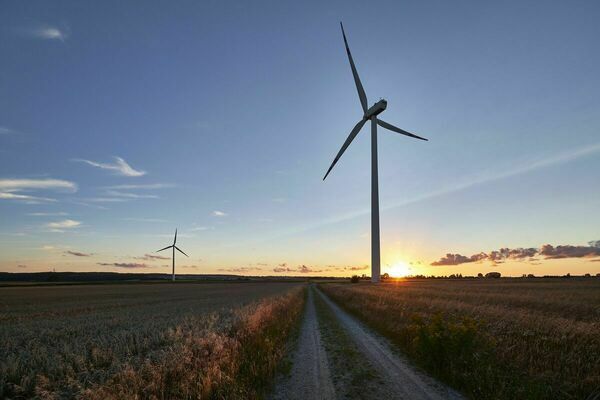 The Commissioners of the Land Office, which oversees state-owned property that is rented to the public, announced April 5 that Duke Energy Renewables Wind, LLC, had won the bid for a long-term lease on a 3,763-acre Kay County wind turbine operation.

The North Carolina-based company will build a wind power facility “at least 24 megawatts in size,” officials said. The operation is expected to last at least 30 years.

“Once fully operational, this project is expected to generate no less than $98,000 annually in addition to the existing $135,000 per year in agricultural rents on these parcels,” land officials said in a news release."

The amount of income generated by this project will be based on the final megawatt rating of the facility.” “The Kay County Wind Energy Project is a valuable opportunity to maximize revenue generated by Oklahoma school land assets,” said Elliot Chambers, Secretary of the Commissioners of the Land Office.

“This project will significantly increase the revenue generated on this acreage by nearly 75% each year, benefiting public schools across the state.” Duke Energy isn’t new to Kay County, as the company has some of the largest wind turbine operations in the region. Officials expect the newly announced project to produce a minimum of $130,000 in royalty payments annually for the next 30 years.

Those royalty payments are made to the owners of land upon which turbines operate. The news came one month after Duke officials announced that one of the company’s largest wind turbine projects – the 350-megawatt Frontier Windpower II project – had become operational.

“The project is an expansion of the 200-MW Frontier Windpower project, operational since 2016,” Duke officials said. “Together, Frontier I and II are generating a total of 550 MW of wind energy – enough to power about 193,000 average-size homes.”

Energy from the Frontier II project is being sold to AT&T, one of the nation’s largest telephone and internet service providers, and the Ball Corporation, which is known for manufacturing glass jars, among other products.

“At AT&T, we believe renewable energy is good for the planet, for our business, and for the communities we serve,” Scott Mair, president of AT&T Network Engineering and Operations, said in a news release.

“With more than 1.5 gigawatts of renewable energy capacity, our portfolio delivers clean electricity to the grid, helps to create jobs and community benefits, and supports the transition to a low-carbon economy. This is an important piece of our journey to reach carbon neutrality across our global operations by 2035.”

Ball Corporation officials praised the project, saying it will help their company be more environmentally friendly. “Partnering with Duke Energy on the Frontier II project is a momentous step in helping Ball achieve our Science-Based Targets, reduce the carbon footprint of our beverage cans and support our customers’ sustainability goals,” said Kathleen Pitre, chief commercial officer, and chief sustainability officer of Ball Corporation.

“As the largest aluminum beverage packaging manufacturer in the world and a leading corporate buyer of renewable energy in our industry, the Frontier II project will contribute to Ball meeting our target to address 100% of our North American electricity load with renewable energy.”