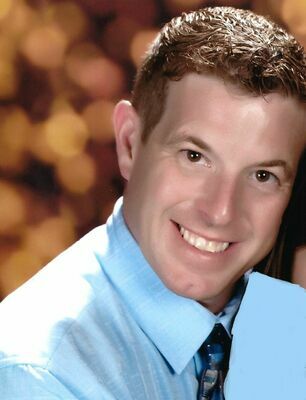 Todd Ryan Wilson was born in Anthony, Kansas on July 31, 1975 to John Charles and Judy Rosene (Swaggart) Wilson of Perry, Oklahoma. The family moved to Blackwell from Attica, Kansas in 1980 where he grew up and started wrestling at a young age and continued until graduating from Blackwell High School in 1993. He also enjoyed playing baseball and riding motorcycles. He went on to get his Associate’s Degree in Business from Northern Oklahoma College in Tonkawa in 1996. After college he continued his education with training to work on aircraft sheet metal. He started his career as a sheet metal mechanic working on airplanes in Wichita, Kansas at Learjet. For the past 15 years Todd has worked at Tinker Air Force base. During his first marriage to Lorie (Kiki) Adams he was blessed with three sons, Turner, Koy and Connor Wilson. In 2015 he married Goldie Wilson, where he became a stepfather to Hanna and Liam. He loved spending time with his family, traveling, taking cruises and working around the house and yard.

He was proceeded in death by grandparents Odis and Lorene Wilson and Albert and Dorine Swaggart. Two uncles Al (Sonny) and Jack Swaggart and two aunts Janell Dice and Sue Reasnor.

Memorial contributions may be made to a charity of the donor's choice.

Services will be held at 10:00 a.m. on Wednesday, April 28, 2021 at Roberts and Son Funeral Home Chapel. Burial will follow in Mt. Olive Cemetery in Nardin, Oklahoma.