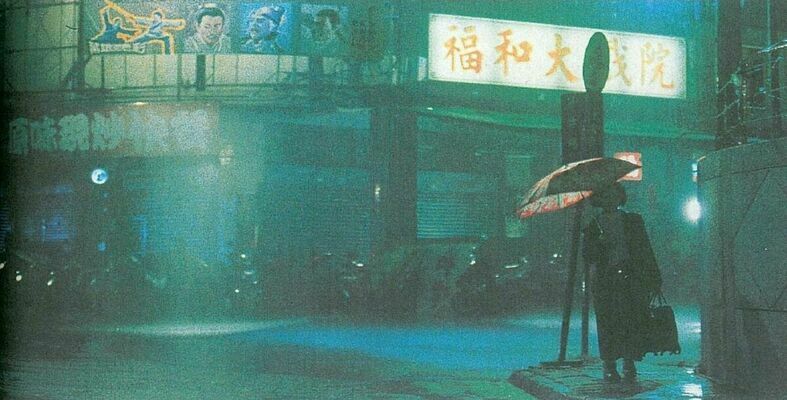 May is Asian American Pacific Islander (AAPI) Heritage Month, and last week there was a search warrant served by the Oklahoma Bureau of Narcotics to a growery on Main Street.

What do these have to do with each other? Sadly, a lot.

Scrolling through the comments on the Blackwell Journal-Tribune’s Facebook post about the search warrant, there was a disturbing trend that popped up. Several people. Blackwell locals especially, were almost proud to openly (and offensively) make jokes under the assumption that the owners of this specific medical marijuana grow were Chinese, due to an apparent influx of Chinese-run marijuana businesses in the state.

The amount of vitriol was almost hilarious. These people with rainbow peace sign Facebook banners- sharing posts from 4/20 about linking arms around the world and tokin’ down, were seething with rage, spouting insane conspiracies about “The Chinese” coming to take over all their businesses or operating “compounds” in town and running "sweatshops" .

Not just in Blackwell, but in the state. It was comical at first, like the episode of Comedy Central’s “South Park” where the rednecks are crying about the illegal immigrants- “they took r’ jerbs!”. Typing in all caps and broken English about the “Red Menace” coming to take over the country.

Then it started to become sad. Tragic, almost. I sat there and wondered, how many of these nutjobs have their kids playing with toys from Disney’s MOANA, or this year’s RAYA AND THE LAST DRAGON? How many of these people watch movies on their basic cable movie channels where Dwayne “The Rock” Johnson or Dave Bautista go toe-to-toe with the badguys? Hell, how many of them ate at Blackwell’s Dragon Palace when it was here, or eat Sakura, Hunans, Tonkawa China, or Chinese Express?

If you’re not following along here, these are all Pacific Islander, Filipino, Japanese, Chinese things I’ve been naming or referencing. So, maybe we need a little bit of culture in our lives?

Across HBO Max, Amazon Prime, and Hulu there are categories for AAIP entertainment ready for you to embrace.

Hell, one of this year’s Oscar contenders. MINARI, was a movie about Korean immigrants who move from California to the Ozarks in Arkansas to pursue their American dream of farming, and was even filmed in Tulsa!

Do you want contemplative, slow, melodrama with lavish colors and the directorial touch of a graceful God? Wong Kar-wai films like IN THE MOOD FOR LOVE are available on HBO Max on the Criterion Channel. Do you want giant monsters? There’s 50+ years of Godzilla creature features on HBO Max and Amazon Prime.

Do you want some of the most captivating, breathtaking, and beautiful animation to ever be put to the screen? The works of Hayao Miyazaki have their home on HBO Max. Action films? Check out THE GRANDMASTER on Netflix or THE NIGHT COMES FOR US. How about some suspense? One of the best films I’ve ever seen, THE HANDMAIDEN is on Amazon Prime Streaming, and makes last year’s Korean Best Picture PARASITE look like RUSH HOUR.

PARASITE’s director, Bong Joon-ho, famously said in his Oscars acceptance speech not to let an inch of text on the bottom of your screen prevent you for witnessing great cinema. Since then, I have tried to spend more time watching Asian cinema, recently stumbling upon GOODBYE, DRAGON INN which is considered in many circles to be one of the best films ever made.

This 2003 drama takes place in a cavernous, ghostly, movie theater buried deep in Taipei on a storm-stricken and rain-soaked night. It is the theater’s final night in business, and they are screening a 1960’s action film, DRAGON INN. I sat in my room for hours and was completely absorbed with the film to the point of where I hadn’t even remembered to blink. It was so rich, so haunting, so heartbreaking. It was the kind of art that people who want to be artists stand in awe of.

If I was opposed to anything foreign or Asian, I would have dismissed this immediately. So, I guess what I’m trying to say here is try not to be an awful person. Jesus Christ, people, it’s not that hard.