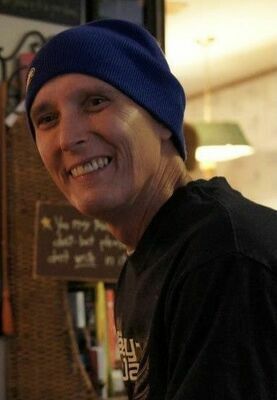 Michael Steven Pappan, 54, of Kaw City, OK passed away Saturday, May 15, 2021, at the Harry Hynes Hospice Unit, Via Christi St. Francis of Wichita. Cremation has been effected. A Celebration of Life is scheduled for 11:00 a.m. Saturday, May 22, 2021, at the Rindt-Erdman Funeral Home and Crematory.

Michael was born February 10, 1967, to Jimmy C. and Lillian “Jenny” (Kimsey) Pappan in Arkansas City. He grew and attended schools in Arkansas City, graduating from Ark City High School in 1985. After high school Michael went to work for Ark City Packing until it closed. After it’s closing, he went to Tulsa Welding School and graduated in 1992. He then went to work for Tonkawa Tank-HMT as a welder for 29 years.

Michael loved riding his motorcycles, woodworking, and messing around in his yard doing yardwork.

A memorial has been established for the St. Jude’s Children’s Hospital. Contributions may be made through the funeral home. Arrangements are under the direction of the Rindt-Erdman Funeral Home and Crematory. Online condolences may be made at www.rindt-erdman.com.