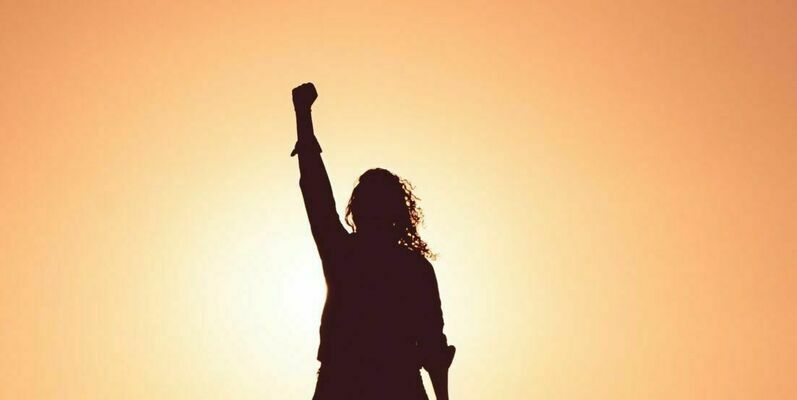 “Who may worship in your sanctuary, LORD? Who may enter your presence on your holy hill? Those who lead blameless lives and do what is right, speaking the truth from sincere hearts. Those who refuse to gossip or harm their neighbors or speak evil of their friends. Those who despise flagrant sinners, and honor the faithful followers of the LORD, and keep their promises even when it hurts. Those who lend money without charging interest, and who cannot be bribed to lie about the innocent. Such people will stand firm forever.”

Have you ever seen people that seem like they have ice flowing through their veins in tense situations? The ones that seem like their feathers never get ruffled? Their hands do not shake in scary situations, and their hearts do not grow faint or cold depending on circumstances or threats that would leave lesser men or women shaken.

Ever since I was little, I have looked up to people like that and watched movies where individuals stood up to great evil because they would not compromise their beliefs or go with the flow of evil that was threatening to take over the old west town, their country or even the galaxy. It has been with great difficulty that I have watched over the last decade or more as our nation and our churches go wholeheartedly in the opposite direction.

Where is the courage of our leaders to stand for what is right? Why must everything be “politically correct” in only one direction?

Where is the person who has soundness of character? Who is speaking the truth from their heart anymore and does not care about any repercussions for telling the truth? Who despises flagrant sinners and will speak out against the evil in our land? Who honors those faithful to the LORD? Who would keep a promise that hurts nowadays? What leaders in our community, locally or nationally, would never take a bribe? Is there anyone who even knows what it feels like to stand firm forever or, as other translations say, “never be shaken?”

The Word of God tells us what it takes to never be shaken in the days we are living in. Do we even try to live that way? Have we all gone in the way of Noah, only caring about what is right in our own eyes?

I am lamenting a little this week in my column because I can remember when our country promoted in our churches and government the values of integrity, honesty and sincerity.

I remember when God’s Word was absolute truth, without error, and displayed in every courthouse and school that I went to. We really and truly believed we were one nation under God, indivisible, with liberty and justice for all. Individuals were held accountable for their actions instead of trying to find excuses for why they broke the law.

There was no “my truth” or “your truth.” There was just the truth. I could go on. Everyone is asking what we should be doing when it seems like everyone and everything is going crazy. People have repeatedly asked me, “What can we do?” “What should we do?” and “Isn’t somebody going to do something?” Honestly, I have been asking the same questions.

I do not have all the answers, but I praise God that he has given us His Truth that never changes and is eternally powerful. In order to be someone who can stand when others are kneeling, we must live by godly principles from the Bible. We must do what is “right” according to the Word of God, and not the shifting sands of contemporary philosophies, what Hollywood people say, what people in our government say or even what pastors in churches say IF it goes against God’s Word or His definition of right and wrong.

If you agree with worldly people and worldly wisdom, I advise a close inspection of your heart and mind to see where your eternal “home” really is. Do you feel like an alien and stranger in this world, longing to be reunited with the King of Kings and Lord of Lords?

Do you care more about what He wants you to do with your life instead of what you want to do with your life? Does it matter more to you to gain the whole world and never even think about losing your soul? These are questions Jesus wants us to think more about, rather than how to get rich or live only in comfort.

I hope you can see I am pleading with you or someone you need to witness to, to think about the bigger picture. I do not know if the damage done to our country can be repaired because there are so many leaders in our government and churches who choose to lie instead of telling the truth. They will only say what they think people want to hear instead of living and teaching consistently with honesty, integrity and sincerity. If we had a revival of those things, we might start to turn from the course we are on. This would take people with courage, conviction and Christian principles governing their own lives before they could even think about governing anyone else.

I challenge myself with this first and foremost. I strive to live with integrity, honesty and sincerity. Thankfully, our God forgives when we repent and confess. We also have an all-sufficient savior to help guide and discipline us as we daily take up our cross and follow Him.

I have lived a far from perfect life, and He has had to rescue me more times than I care to admit. He will do the same for you. Beloved, are you on sinking sand or the rock of Christ Jesus?

Why are there so many stories of harvest in the...