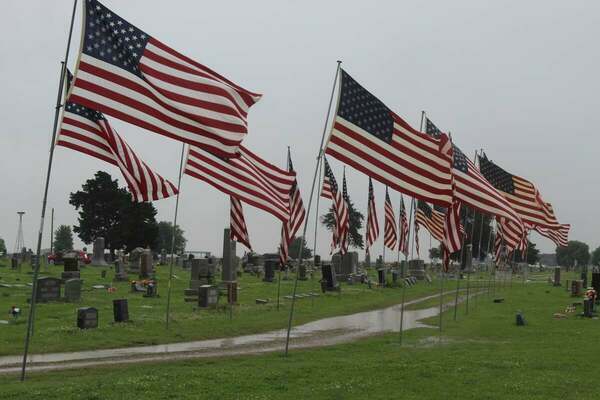 “Today is somber, not sad,” Biby said through the downpour just before 11 a.m. In his sermon, he quoted General George S. Patton and Easy Company’s commander, Dick Winters. Biby thanked all of America’s men and women who served and paid the ultimate price, giving their lives for freedom.

It is customary that Blackwell’s Memorial Day ceremony includes a wreath-laying at the veteran’s memorial in the cemetery, but Webb said inclement weather would postpone the ceremony by at least a week.