Remembering Bill Massey: Take the time to talk to people 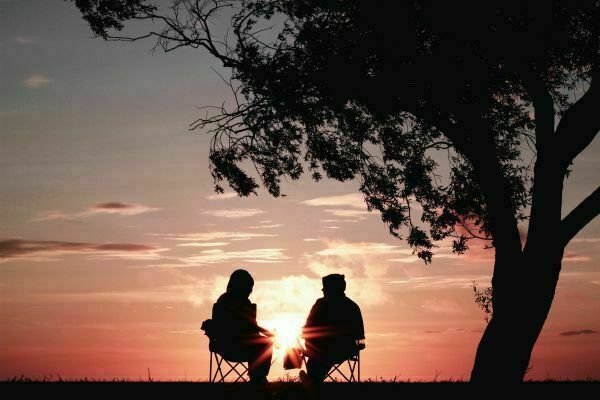 I missed the story. Newspaper folks aren’t always as newsy as we should be. Sometimes, we learn about a news event too late, fail to interview an informative or interesting source, or just don’t see the value in reporting something that we should.

We’re humans, and we make mistakes. Our gaffes are published for the world to see. But sometimes, the stories we don’t tell are the biggest, most glaring errors. I was reminded of this May 26 when my dear friend Peggy Massey stopped by the newspaper office to place an obituary in this edition for her husband, Bill Massey.

I never met Bill, so I read his obituary. Now, I wish I would have shaken his hand and picked his brain. But I missed the story.

Bill was a longtime real estate and insurance agent, and he made a career out of helping disadvantaged people keep a roof over their heads. From 1917 to 1975, Blackwell was home to one of the world’s largest zinc smelters, which employed hundreds of workers and pumped millions of dollars into the local economy.

Blackwell was a booming town when the smelter was in operation. But not everyone was flush with money – including many smelter workers, who resided in an impoverished area of town called “Smelter Heights.” Bill was bothered by the poor living conditions Smelter Heights residents faced, his family wrote. So, he obtained a real estate license “with the goal of helping any smelter worker in Blackwell buy a house if they wanted one.”

By the time Bill got into the real estate business, he had already started his successful insurance company, the Massey Agency. He expanded the company and “built numerous homes … and often sold at a discount due to need, especially to smelter workers.”

The smelter was a critical piece of Blackwell’s economic puzzle. But we’ve come to learn in the years since it closed that it left our city to face major environmental issues, including soil and groundwater contamination caused by zinc, cadmium and lead.

They’ve caused serious health problems for some residents. Bill helped people escape these problems – or at least mitigate their exposure to them. Bill’s passion for helping folks didn’t stop there.

Kaw Lake, one of our county’s biggest tourism draws, is not a natural lake. To build it, the U.S. Army Corps of Engineers from 1966 to 1976 built a large dam on the Arkansas River near the town of Kaw City. That was a problem for the people who lived there because their town – homes, businesses and all – would soon be underwater. Even though the construction of the lake was a federal project, the government offered no assistance to those who would have to relocate, according to a 1983 article in The Oklahoman.

No repayment for the loss of their businesses. Nothing. The government was not there to help the people of Kaw City. But Bill was.

“When the Kaw Dam was built,” his family wrote in his obituary, “Bill bought and developed land to relocate the entire town of Kaw City from the flood zone. He sold 100 lots for the ‘new’ Kaw City in a single day.”

To this day, thanks in part to Bill’s hard work, the relocated Kaw City still exists. How I wish I would have asked Bill about his work. But he’s another person we journalists didn’t get to talk to. I missed the story. But in reality, everyone has.

Did you ever shrug off the opportunity to ask a beloved family member about his or her childhood before it was too late? Pass up the chance to talk about a unique chapter in an old friend’s life? Fail to ask a question about a keepsake sitting on the family fireplace before it was gone?

All people have stories to tell, but sometimes, they’re not given the chance to. Even the people we think lead mundane and ordinary lives have something unique to share. One doesn’t have to be a journalist to ask about or retell someone’s life story. This means you. Take the time to talk with your neighbors.

Ask your family elders that burning question in the back of your mind. Listen to what your folks have to say. You never know what you might learn. You might even find inspiration in what these people have to say.

When I think of the heart Bill Massey must have had, I’m encouraged to be a more caring, compassionate person. I just wish I had told his story. Someday, you too will have opportunities to tell or share stories. Don’t miss one