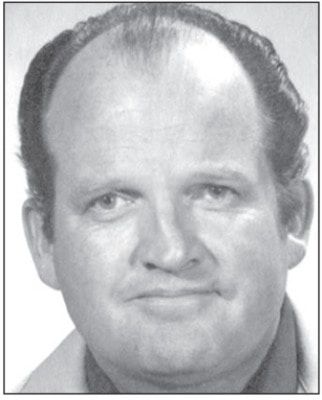 After high school, Bill worked at the Turvey Packing Company. Due to exemplary service with the company, in 1957, Mr. Ray Turvey backed Bill’s venture to start his own insurance business: the Massey Agency. Bill was an accomplished salesman, and the Massey Agency quickly grew. Upset by conditions in a workcamp called “Smelter Heights,” Bill soon acquired a real estate license with the goal of helping any smelter worker in Blackwell buy a house if they wanted one.

The Massey Agency (now selling insurance and real estate) built numerous residential homes throughout Kay County and often sold at a discount due to need, especially to smelter workers. When the Kaw Dam was built, Bill bought and developed land to relocate the entire town of Kaw City from the flood zone. He sold 100 lots for the “new” Kaw City in a single day. Bill was active in commercial development, including the renovation of the historic Rivoly Theater in downtown Blackwell.

When Bill sold the Massey Agency in 1981, it was one of Oklahoma’s largest independent insurance agencies. After selling his agency, Bill undertook numerous other ventures, including founding an oil company, opening a mortgage brokerage, and developing and selling real estate. In a word, he was prolific entrepreneur.

Bill had a colorful personality and was well-known for his wit, warmth, and lively sense of humor. He was fond of quoting General Douglas MacArthur when signing off on letters (including those sent to newspapers and regulatory agencies): “Tell my friends, and particularly my enemies, I shall return!” He joked that he was educated at “the school of hard knocks” and claimed they’d lost his diploma in the mail.

Bill loved Oklahoma football and would sometimes fly his OU flag at half-mast if the team lost. Bill was loud, fearless, funny, and deeply protective over family and friends. If you were one of his “cubs,” you could call him anytime, and Bill would be there, ready to help.

He loved sitting in front of the fire and visiting over a home-cooked meal. Often, everyone would listen intently as Bill told stories about his many adventures in Oklahoma business and politics. In his later years, Bill’s granddaughter interviewed him for a school project. She asked Bill to name his most significant achievement in life. He said he was most proud of his family and all their accomplishments.

Bill was preceded in death by his parents, William and Thelma Massey. He is survived by his brother, Jack Massey; his wife, Peggy Massey; his children, Shelly and Robert Morgan Jr., William “Brock” Massey, Jami and Quentin Shouse, and Amy Massey; his grandchildren, Robert “Bobby” Morgan, III, Zachary Massey, M. Sean Massey, Jacob Massey, Lauren Whorton, and Leslie Boehm; and his great-grandchildren, Vivi and Mia Morgan, and Juleyana Whorton. Bill is also survived by his many nieces and nephews, whom he cared about deeply.

The family plans to hold a “celebration of life” event to honor Bill after the risk of COVID-19 has passed. – Written by Dr. Zachary Massey