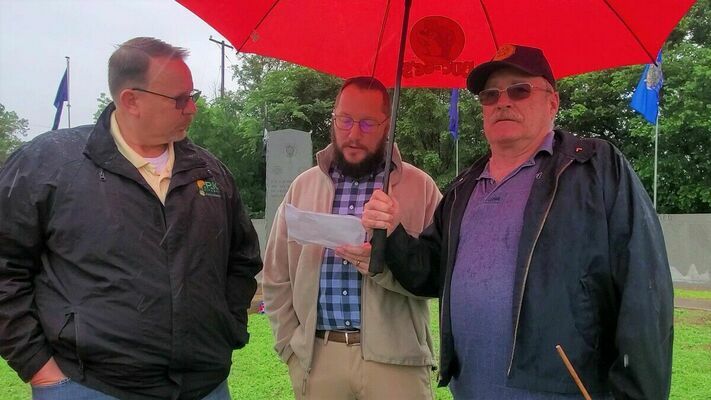 We celebrated Memorial Day on Monday, and I would like to extend a personal thank you to all who served in our military. I would also like to ask that we remember those who made the ultimate sacrifice for our freedoms. I think we have forgotten that Memorial Day is not for cookouts or for changing flowers at the graves of loved ones. It is for remembering those soldiers who died in war. The holiday started not too long after the Civil War. A small group of women went to the cemetery in Columbus, Mississippi, and honored the soldiers of both the North and the South by putting flowers on their graves. Major General John A. Logan founded Memorial Day in 1868. Initially, it was observed on May 30, but in 1971, it became a national holiday. Congress changed it to the last Monday in May to create a three-day weekend. This change, some argued, would contribute to Americans neglecting the true meaning and observances of the holiday. It is a somber occasion, but not a sad one. Gen. George S. Patton said: “It is foolish and wrong to mourn the men who died. Rather, we should thank God such men ever lived.” Jesus said, “Greater love hath no man than this, that a man lay down his life for his friends.” No group of people know the ins and outs of this Bible verse better than our military service members and their families.

May we remember their ultimate sacrifice; may we support the VFW, American Legion and other organizations that honor these heroes and support military families that have paid the ultimate price for our freedoms. Mjr. Dick Winters of Easy Company in World War II was once asked by his grandson, “Grandpa, were you a hero in the war?” And he said, “No, but I served in a company full of them.” May we remember their sacrifice. I wish and hope that it would become an annual event, if it is not already happening, to take public school students out to the memorial at the local cemetery to hear a soldier say what Memorial Day is all about. We need to redefine what heroes are in their eyes. They do not come from Hollywood, and they do not come from professional sports or social media.

There are very few heroes even in our government nowadays. We do have a place where our children can gaze upon heroes. Arlington National Cemetery is full of heroes, and the VFW is full of heroes. Those who have served in the Armed Forces are true American heroes. Another group of heroes serves us here at home. This group includes our police officers, firefighters and first responders.

The future of our country depends on our kids knowing what true heroes look like so we can enjoy the freedoms we still have. I hope we never stop standing for the flag and kneeling for the cross in this country. I also hope that, if our freedoms and Constitution are ever threatened by enemies foreign or domestic, we will echo the sentiments of Revolutionary War hero Nathan Hale.

He was a spy for George Washington against the British. Before he was executed, Hale said: “I only regret that I have but one life to lose for my country.” Thank veterans or activeduty military members for their service. Tell them we remember their band of brothers that did not make it home. It has been a popular saying on Facebook and in our country for years that only two people ever offered to die for you: Jesus and the American soldier. One died for your soul, and the other died for your freedom. Jesus died so that we would not perish, but would have everlasting life if we believe in Him. The American soldier died so we could be free. May we remember both their sacrifices.