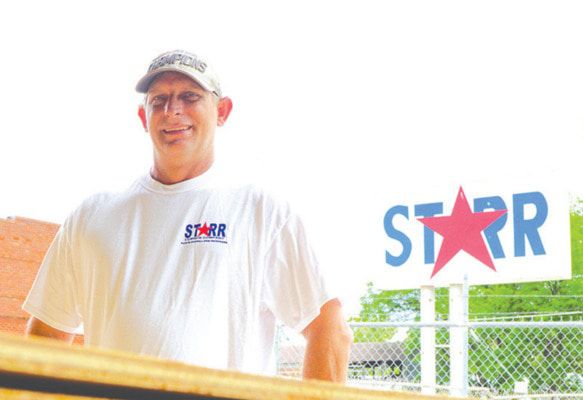 Even though lumber prices are soaring across the nation, home-building projects aren’t plummeting. Ray Beshirs, manager of the Starr Lumber company in Blackwell, said lumber prices have increased by nearly 280% in the last year, signaling yet another economic effect of the coronavirus pandemic.

But Americans with time to kill and money to burn continue to work on the homes of their dreams. “It doesn’t really have to do with the fact that they have to get it built right now or anything like that,” Beshirs said.

“It’s that they have the money to do it, and they have the time.” In early May, lumber prices reached an all-time high of $1,359 per thousand board feet, according to Random Lengths, an industry price tracker. When businesses shuttered in 2020, construction projects across the nation came to a halt, decreasing the demand for lumber, Beshirs said. Lumber mills reduced the amount of lumber they produced, leaving a shortage once businesses reopened and building projects resumed.

More than a year after they temporarily slowed production, mills are still struggling to catch up with increasing demand, and stores and contractors alike are grappling with spiking prices. Blackwell residents and businesses joined in on the nationwide building boom, filing more building and construction permits in 2020 and 2021 than in 2018 and 2019, according to data obtained from the City of Blackwell.

Americans confined to their homes had more time than they previously did to build new homes and complete renovation projects. Stimulus payments from the federal government flowed to millions of Americans, aiming to increase spending, and banks offered lower interest rates on loans to incentivize borrowing. Those factors have created a seller’s market for homes. According to the National Association of Realtors, the average price of a new single-family home has risen by almost $36,000 in the last year. “Buyers who purchase newly constructed homes are paying more not only because of intense competition in the market but also surging lumber prices,” the organization said in May. “Record-breaking growth for the cost of lumber is pressing on builders’ budgets and prompting them to pass along prices increases to buyers.” Lumber isn’t the only construction commodity costing consumers more.

Prices for other building materials such as sheetrock and shingles have risen by nearly 80% and 32%, respectively, said Chase Oliver, a territory sales manager for Cameron Ashley Building Products, which buys goods from manufacturers and sells them to Starr and other stores.

“Everything’s got a price increase on it,” he said. “We’re getting price increases on almost every truck of material we get in our warehouse.” Both Beshirs and Oliver said they believe prices will decrease eventually, but they might not return to pre-pandemic levels. “The ‘new normal’ is going to be, of course, a lot higher than what it was,” Oliver said.