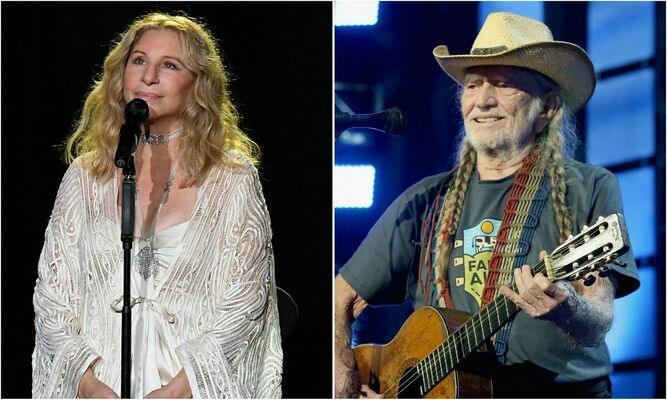 Country music has changed a lot in recent years. But one person hasn’t: Willie Nelson. At 88, Willie is still going strong and releasing beautiful new music. Apparently, his age isn’t slowing him down. 2021 seems to a banner year for his musical talent. The country singer and picker released his latest album, “That’s Life,” on Feb. 26. It’s a tribute to Frank Sinatra, one of the best-selling artists of all time with hits like “Luck be a Lady” and, of course, “That’s Life.”

The album is available online, in stores and on music streaming services. Nelson has said before that Sinatra was one of his greatest musical inspirations. That’s one of the reasons he covered some of Sinatra’s most iconic pieces in this 11-song compilation, his second album to salute the stoic singer.

Since then, Nelson has been a part of two duets with remarkable artistic quality and near-perfect vocal blend. In May, Nelson and red dirt music superstar Cody Johnson released “Sad Songs and Waltzes,” a slow-spun country breakup song sung in a classic country blues style. Nelson first performed the piece solo in the early 1970s. Johnson told Rolling Stone that he tried to keep some of Nelson’s original artistic choices in the song while also adding some new elements, such as a full band – a signature in Johnson’s performances. The duet is available on several streaming platforms.

Nelson’s pairing up with a young country artist who is trying to preserve the style of music Nelson grew up on seems fitting. But the most interesting – and perhaps moving – recent project Nelson undertook was a duet with Barbra Streisand. Last week, the two released a recording of Streisand’s hit “I’d Want It to Be You,” a passionate love song detailing feelings of gratefulness and graciousness. “The duet with Nelson was originally intended for Streisand’s 2014 album ‘Partners,’ a collection of duets with male singers,” CMT News reported in a June 4 web article. “However, this particular recording was still a work-in-progress as the album’s release date approached, so fellow country artist Blake Shelton stepped in to record a rendition of the duet with Streisand, which was ultimately included on that 2014 album.” Nelson takes a lower harmony in the piece, which complements Streisand’s notoriously high range.

They seem to balance out for a peaceful listening experience, one that allows the listener to focus more on the message than the music itself. Of course, the music is phenomenal, too. It’s well worth a listen. So far, the song is only available on YouTube and Vevo, but it’s expected to be released to streaming platforms later in the summer as part of Streisand’s latest album. While the song is meant for those in a romantic relationship, it can be enjoyed just as much by close friends. As I listen to some of Nelson’s latest works, I can’t help but wonder: What would the music world do without him? That’s a question he has been trying to answer of late.

He has been open about his health and age in recent interviews. He has also reflected poignantly and sincerely on what he’s done in his life. One can get the sense that the cowboy thinks he’s getting ready to ride away. “Everybody relates to Willie,” Dolly Parton told The Wall Street Journal in a June 2 interview. “He’s down to earth, he can sing anything, he’s just an all-American boy. I just love him; I hope he lives forever— and he will, in his music.” Hopefully country music’s cowboy outlaw will keep making new music for a long time. Luckily, we’ve still got this a musical treasure in our lives today.