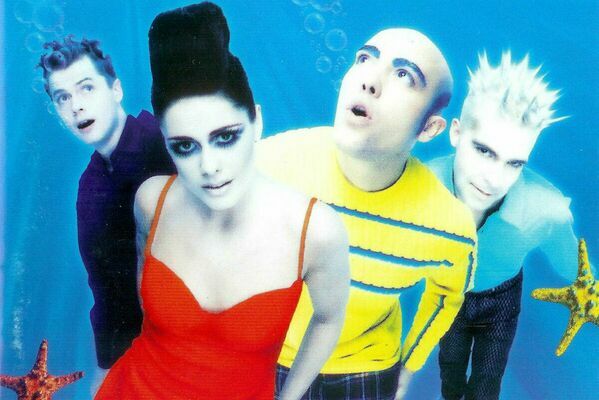 It occurred to me recently that I don’t much like music from the 1990s. The last decade of the 20th century. The rise of the internet. The birth of the “alt scene”. The last great blockbuster era of cinema. The era of “Blockbuster” in general. The decade everyone pretends to be nostalgic over because of cartoons, toys, video-games, and more.

While the 90’s brought us “Star Wars Episode I: The Phantom Menace”, “Batman: The Animated Series”, the “Harry Potter” books, the Nintendo 64, and more it also brought us some of the most annoying music ever made. So today, I’m here to break down the only good songs ever made from the decade of President Clinton, Princess Diana, and the Gulf War.

This Latin pop hit from Spanish singer Inglesias was a 1998 chart-topper from the film WILD WILD WEST back when movies all had “songs”. This romantic number recalls fantasies of hot Havana nights and clubbing...while following the exploits of two government agents through Dixieland and across the Civil War-era south.

This iconic bop from Swedish band Rednex from their debut album “Sex & Violins” retooled the Southern folk song “Cotton Eye Joe” in a boot stompin barn-burner which is still as mesmerizing today as it was in the 90’s. If you play it anywhere, someone will know it, and someone will dance to it.

“Men in Black” by Will Smith

Sony’s sci-fi comedy MEN IN BLACK is a classic film in both Tommy Lee Jones and Will Smith’s catalogue, and while the brand sputtered out recently, the first film remains a classic. As was customary for Mr. Smith, he recorded a title track for the film. “Men in Black” won a Grammy in 1998 for Best Rap Solo Performance, and with lines like “Good guys dress in black, remember that” it’s hard not Neuralyze this motion picture bop from your memory.

“Zombie” by The Cranberries

This Irish alt-rock song, done in protest to the Warrington Bombings carried out by the IRA during The Troubles, is haunting and thought-provoking, and was recently covered by the American hard rock group Bad Wolves.

This 1993 Latin dance-pop banger inspired a global dance sensation that is still seen today. “Macarena” is a cool song about a hot babe in a club that cheats on her boyfriend all the time and seduces men on the dance floor. It’s just wholesome family entertainment.